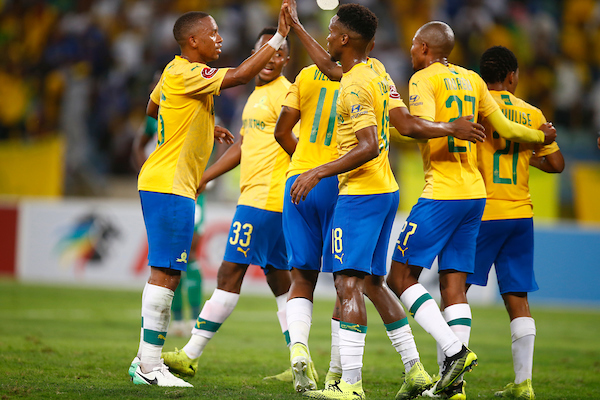 Al Ahly have been tracking Sirino before his former boss Pitso Mosimane joined the Egyptian side last month. The Uruguayan International joined Downs two years ago and has become a household name in the Premier Soccer League.

It’s reckoned that Ahly have been monitoring Sirino since beginning of last season and even inquired about the availability of the Sundowns star when Ahly crushed out Mamelodi Sundowns in this season’s CAF Champions League.

That outcome was that Sundowns rejected Ahly’s advances to prize away Sirino from South Africa to the Egyptian Premier League.

With Mosimane now crossing over to Egypt, he has strengthened Ahly’s chase for his former attacker after asking the Reds to submit official bid for Sirino.

The South African trainer has already guided Ahly to triumph in the Egyptian Premier League though all the credit goes to Rene Weiler who sparked 2019/2020 inspiring Cairo based side.

Mosimane, 56, has just a game away from lifting this season CAF Champions League where he can meet either Zamalek or Raja Casablanca in the final as the two clash in today’s semifinals second leg.

Sirino committed his future to Sundowns after signing a new five year contract June this year. It is understood that Ahly’s interest has unsettle the 29-year old and would welcome a move to Cairo.

That is according to Soccer Laduma who claims Downs may have a change in mind to sell the Uruguayan International if the right offer is received.

Mosimane has asked Ahly to improve their initial offer of USD3million which he believes could get the deal done before next season starts.