The 34-year-old completed a sensational move back home last week after joining the Royals on a permanent contract. 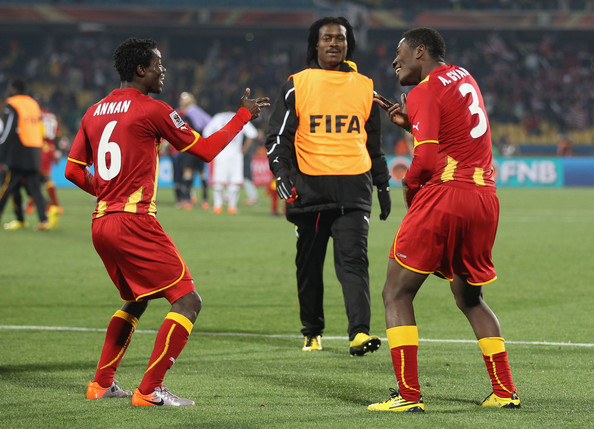 Widespread media reports claimed Cities paid  $150,000 to Ghana’s highest scorer to entice him to join the Ghanaian side ahead of the 2020-21 season.

But the club has moved quickly to quell the growing reports, insisting his contract is performance-based.

“Gyan will play for us this season and if things go on well there is the possibility that he will stay with us for another season,” Legon Cities Communication chief Kwame Dwomoh Agyemang told Vision 1 FM.

“Gyan’s contract is structured, we have seen a lot of things in the media but that isn’t the case.

“We can’t disclose the amount he is going to take even the Europeans do not do that. What we normally hear are speculations from the media. There is no club that will disclose the salary of a player because it is confidential.

“What I can say is that he signed a performance-based contract.”

Gyan joining Legon Cities is a big blow to Ghanaian giants Asante Kotoko who were reportedly interested in signing the forward ahead of the team’s campaign in the CAF Champions League next season.

Don’t miss out on: Prize money for Ghana Premier League announced ahead of next season

Asamoah Gyan has reiterated his desire to play in the domestic top flight and indicated he was not going to play for free.

With reports indicating that Asante Kotoko was unable to meet his demands, the Ghanaian International snubbed the Porcupine Warriors to join the Royals.

The experienced forward has had stint across Europe and Asia and is expected to strengthen the side ahead of the new season.

Asamoah Gyan is the all-time leading goalscorer of the Ghana national team, with 51 goals and has played in three FIFA World Cups, 2006, 2010 and 2015.