With the Total U-20 AFCON draw taking place on Monday in Yaoundé́, qualified countries have now seen their fate determined about the groups they were placed and the opponents they face.

Top countries like Ghana, Cameroon, Morocco, Tunisia, Uganda and Burkina Faso graced the draw with hopes of qualifying to 2021 FIFA U20 World Cup finals in Indonesia.

This draw saw more than the usual eight teams as 12 teams for the first time in the history of the draw will play in the tournament in Mauritania, starting from 14th February to 4th March.

The biennial international men’s youth football championship contested by the under-20 national teams of the member associations of FIFA that was supposed to take play in 2021 was canceled due to coronavirus pandemic and has been rescheduled in 2023. 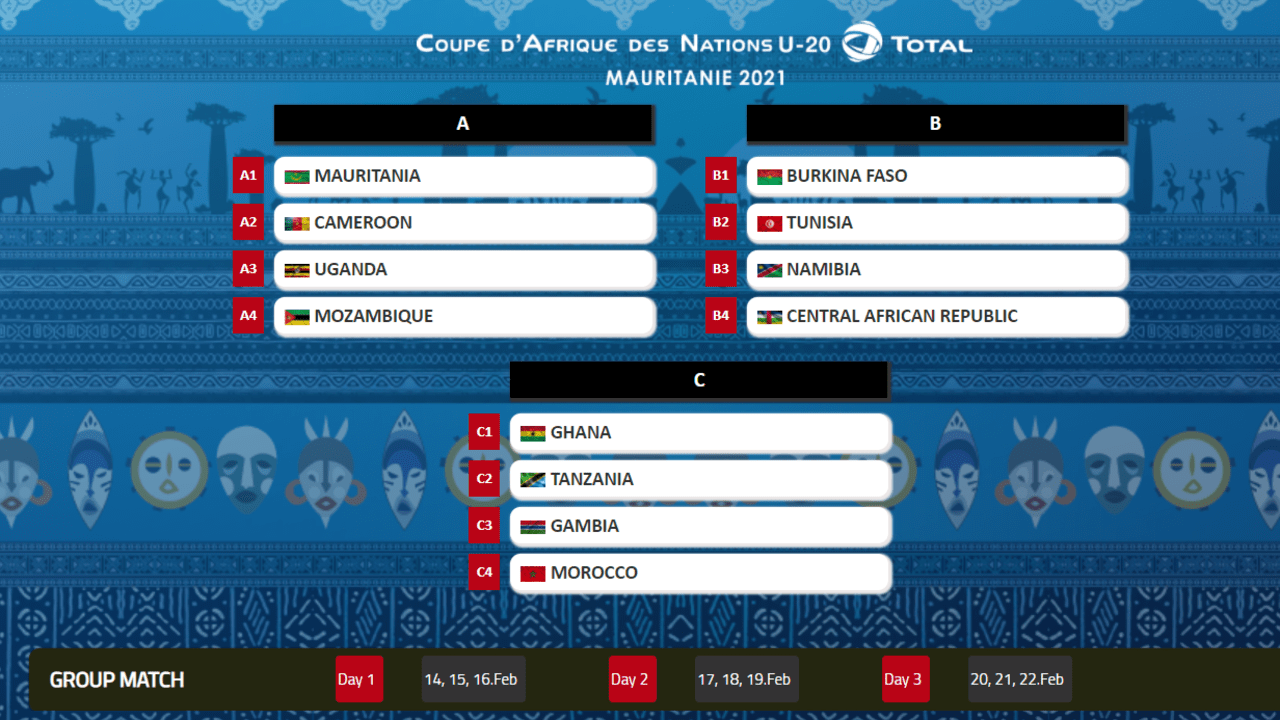 Host country Mauritania were placed in group A along with Cameroon, Uganda and Mozambique. Mauritania will play the opening match of the 12-team competition against former winners Cameroon on 14 February in Nouakchott.

Burkina Faso will play against the likes of Tunisia, Namibia and Central Africa Republic in group B.

WAFU zone B champions Ghana are paired along with Morocco, Tanzania and Gambia in group C. The group C is seen as the group of death with two former champions Ghana/Morocco set to qualify to the next round of the tournament.