Ghanaian international Kwasi Okyere Wriedt scored for Willem II Tilburg on Saturday afternoon to help his side record a 3-1 victory over SC Heerenveen in the Dutch Eredivisie.

The striker and his teammates today hosted their Match-day 26 opponent at the Koning Willem II Stadion hoping to record a win to enhance their push for survival from relegation.

Fortunate to get the better of the opponent on the back of a bright start to the match, Willem II deservedly led at halftime courtesy of a strike from Sebastian Holmen.

After recess, Kwasi Okyere Wriedt who had started the match excelled with his intelligent movement whiles leading the lines for the home team.

In the 55th minute, the former Bayern Munich II goal poacher equalized with an assist from Che Nunnely to double the lead for Willem II. 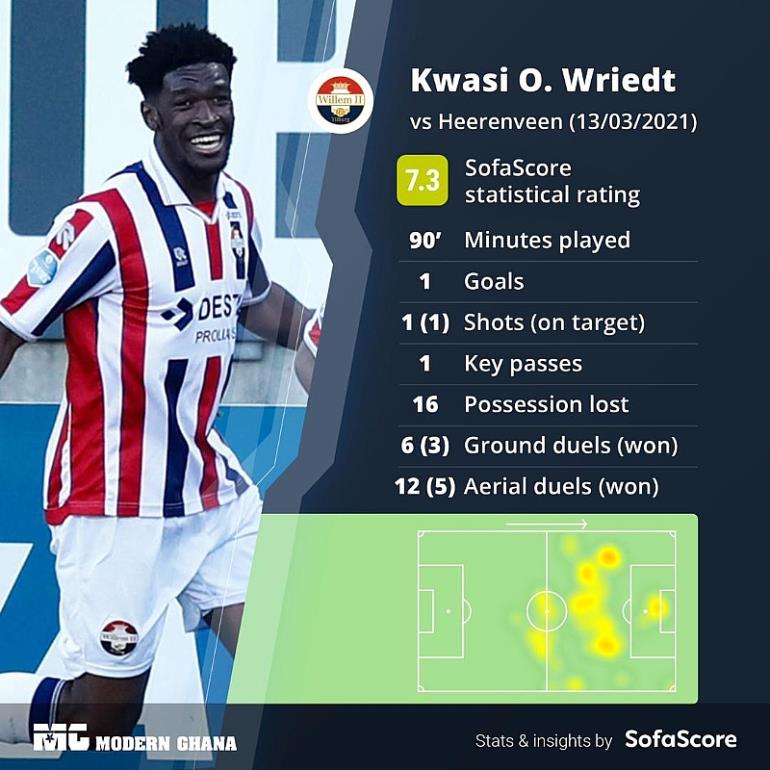 Today’s crucial three points have given Willem II a massive boost in the team’s quest to climb higher on the Eredivisie standings to avoid relegation at the end of the 2020/2021 football season.