Inter Milan ‘have slapped a price tag of £102million’ on star striker Romelu Lukaku amid rumoured interest from Chelsea and Manchester City ahead of the summer.

The Belgian striker, who has scored 25 times for the Serie A leaders in a prolific season, has been reportedly considered by the Premier League clubs as an alternative for the £154m-valued Erling Haaland.

But Inter are desperate to keep hold of Lukaku, signed from Manchester United for around £75m in 2019.

And, according to Italian newspaper Corriere dello Sport, they have valued the 27-year-old at over £100m to deter potential suitors.

Corriere say that few clubs would be able to afford that price tag for a player contracted to the San Siro club until 2024.

Lukaku was linked with a return to his former club Chelsea last week if the Blues are unable to sign Haaland from Borussia Dortmund in the summer.

It comes as Thomas Tuchel looks for more firepower with last year’s £53m signing Timo Werner struggling to make an impact in the Premier League.

City are also pursuing the prolific Haaland but the Norwegian has also been linked with Barcelona and Real Madrid with a bidding war likely.

Dortmund insist the 20-year-old, who has scored 33 goals in 31 matches this season, isn’t for sale at any price.

So Lukaku has been mentioned as an alternative for all of the interested clubs and Inter know they need to sell at least one of their top players to recoup losses of around £115m for the 2020-21 financial year.

Only Cristiano Ronaldo at Juventus has scored more goals in Serie A than Lukaku’s 19 this season but Inter are on course for their first Scudetto since 2010.

They have a six-point advantage over AC Milan in second and are 10 ahead of reigning champions Juventus in third. Inter also have a game in hand over Milan. 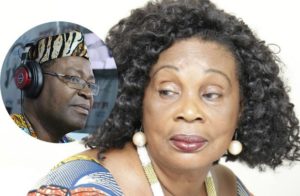