The 25-year-old midfielder joins on a six-year deal after the Premier League champions activated the release clause in his Villa contract; the move eclipses Paul Pogba’s 2016 transfer to Manchester United and becomes the biggest in English football history.

Manchester City have signed Jack Grealish from Aston Villa for £100m in the biggest deal in English football history.

The 25-year-old midfielder joins on a six-year deal after the Premier League champions activated the £100m release clause in his Villa contract on Friday.

“Manchester City are delighted to announce the signing of Jack Grealish on a six-year deal, City confirmed through their official website. 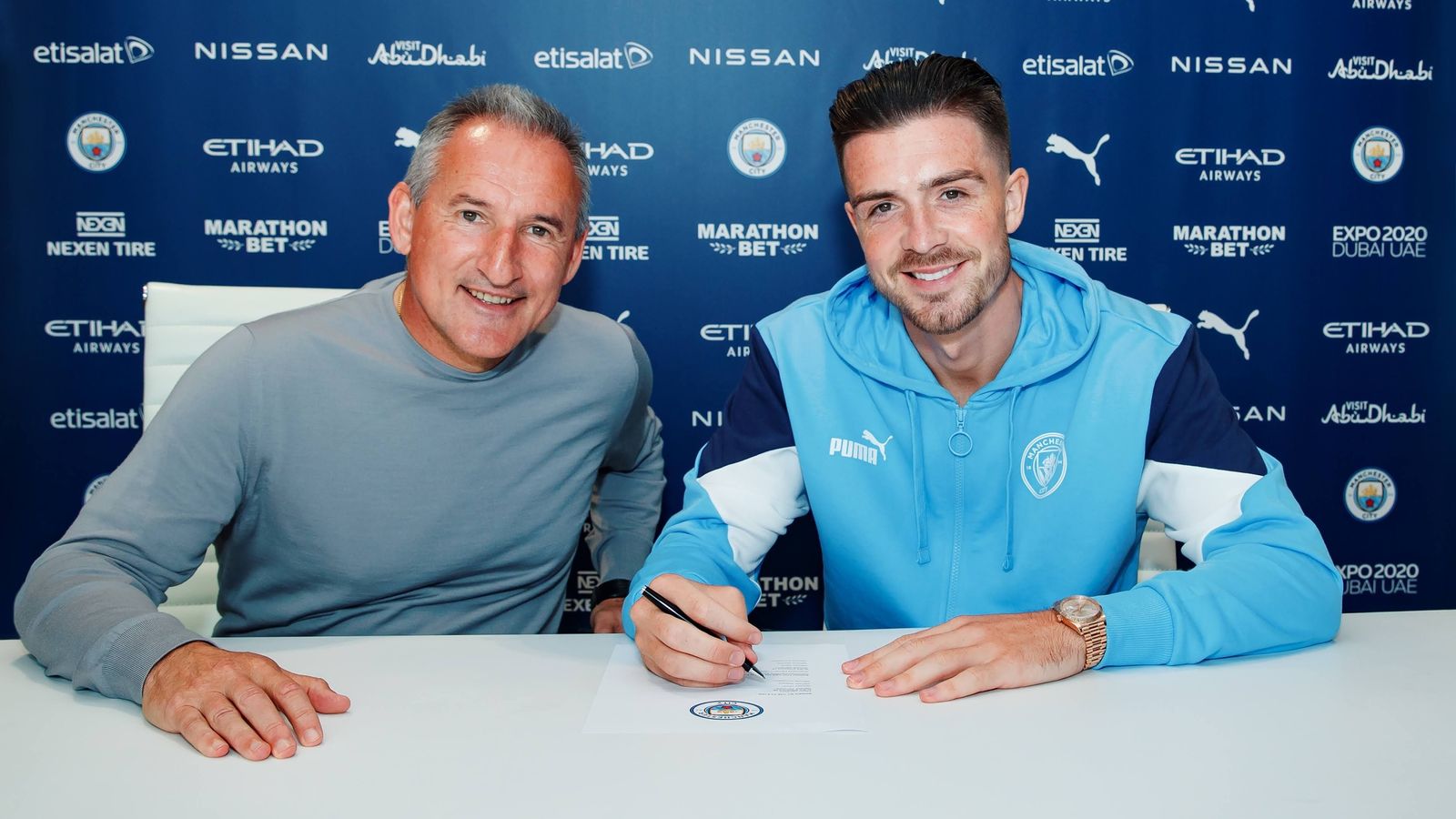 The transfer fee also breaks the previous record in English football held by Paul Pogba when he re-joined Manchester United for £93.25m from Juventus in 2016.

Pep Guardiola has been a long-time admirer of Grealish with the player leaving Villa having made 213 appearances over the course of eight seasons, scoring 32 goals.

Man City also confirmed Grealish will wear the number 10 shirt, which was recently vacated by the departure of long-serving striker Sergio Aguero.

On the announcement, Jack Grealish said: “I am incredibly happy to have joined Manchester City.

“City are the best team in the country with a manager considered to be the best in the world – it’s a dream come true to be part of this club.

DON’T MISS OUT ON

“Over the past 10 seasons, they have won major trophies consistently. Pep (Guardiola) coming here has taken them to the next level and the football this team plays is the most exciting in Europe.

“To play for Pep and learn from him is going to be special and it’s something any top footballer would want.

“The facilities are amazing, and I honestly can’t wait to get started, meet everyone and get playing.”

Director of Football Txiki Begiristain added: “We are absolutely delighted to be able to welcome Jack Grealish to Manchester City. He is an incredible talent.

“Jack’s development over the past few seasons both for club and country has been plain for everybody to see.

“His natural talent together with his commitment to improve as a player, has seen him become one of the most exciting attacking players in world football today.

“I am certain that the fans are going to love seeing him in our team. Pep loves the way he plays, and we all feel he is an ideal fit for Manchester City. Our style and his style are a perfect match. I’m excited to watch him over the coming years.”

Grealish, who had four years remaining on his Villa contract, scored six goals in the Premier League last season, provided 10 assists and went on to help England reach the final of Euro 2020 at Wembley.

Birmingham-born Grealish admitted it was not an easy decision to leave his boyhood club.

“It was obviously a difficult few months because I have been an Aston Villa fan for my whole life,” he said.

“But when I spoke to the manager here and you see what type of players they have got here, in the end it was something I couldn’t say no to. I am absolutely delighted to be here.”