The Ghana Premier League champions return to African club football in six years when their last appearance- in the Caf Confederation Cup- ended at the playoff round after Esperance de Tunis leapfrogged Hearts of Oak 5-1 on aggregate.

The Accra based side have conquered the Ghana Premier League first time in almost 12 years and added the FA Cup to their ranks while they qualify for the African club premier football this season.

With their Champions League opponents Kamsar placing second in their country’s Premier League table in the ended season, today’s draw in Egypt tie the Ghanaian giants and Guinean side in a preliminary clash with the first leg staging 10th-12th September and the second leg a week later.

The Caf Champions League draw came up on Friday morning in Cairo as clubs’ fate in this term’s continental football were determined. Hearts of Oak travel to Guinea for the first leg before hosting Kamsar in Ghana’s capital on the weekend of 17th-19th September.

The Ghanaian giants overturned unconvincing first round performance to a resilient one in second half of the season after ending their last 11 Ghana Premier League unbeaten but suffered a slim loss against WAFA in last day.

Although they had been splendid in the second round, their season’s turnaround came with a 1-0 victory against title rivals Asante Kotoko in the capital. Afriyie Barnieh struck in stoppage time to give Hearts of Oak the needed victory.

Hearts then extended their top table lead to 3 clear points and never looked back. They went on to beat Elmina Sharks, Medeama SC and Ash Gold in difficult FA Cup quarter-finals, semi-finals and final games respectively.

Despite being beaten to the Guinean Premier League title by Horoya Athletic, Kamsar were simply a tough side losing only 4 games, winning 12 and drew 10 games. Kamsar scored 33 goals and conceded 17 times. 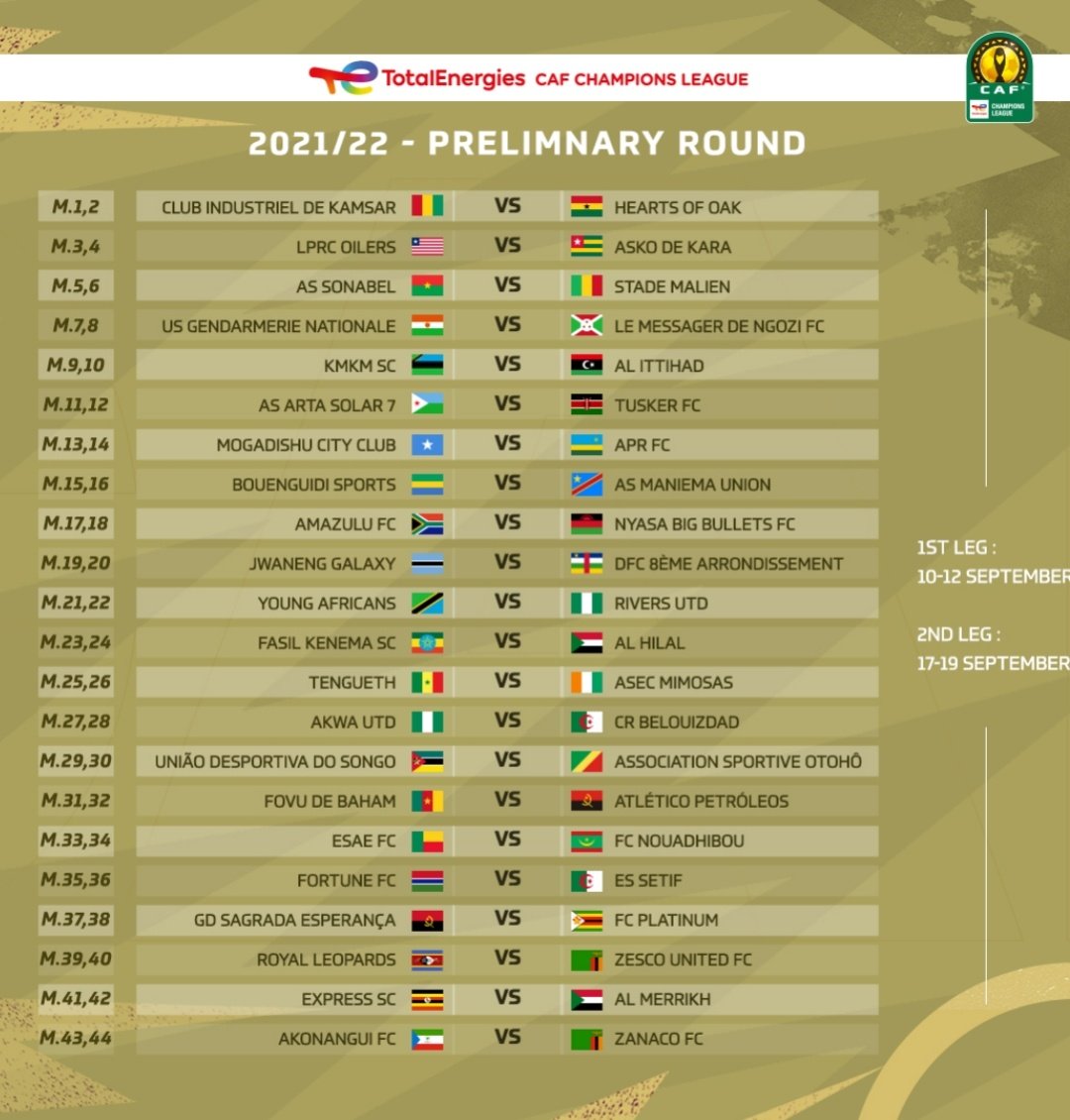