Thomas Tuchel has already bolstered his Chelsea squad with the signing of Romelu Lukaku, but there’s still time in the summer transfer window for more business.

And the latest name being linked with a move to Stamford Bridge is that of Atletico Madrid midfielder Saul Niguez.

Now, football.london reported earlier this month that Chelsea strengthening the engine room was unlikely before the August 31st transfer deadline.

However, it was also noted that their stance would change if an opportunity arose that was deemed too good to turn down and that appears to be the case with the aforementioned Spain international.

It has been reported that Atletico would like around €50million (£43million) for his signature, and as per the latest update from Fabrizio Romano on Twitter, Saul is set to leave the La Liga giants this summer.

Although it has been claimed that whilst Chelsea have opened talks with the defending champions of Spain, it is over a loan deal with an option to buy at the end of the season.

The Blues could yet face competition from Manchester United who are said to have also asked about Saul’s availability.

With that said, the west London outfit might just hold the advantage over their Premier League rivals in the form of goalkeeper Kepa Arrizabalaga.

Of course, Kepa and Saul are teammates at international level and some Chelsea fans think this relationship could prove key towards ensuring the latter ends up at Stamford Bridge before the transfer window shuts. 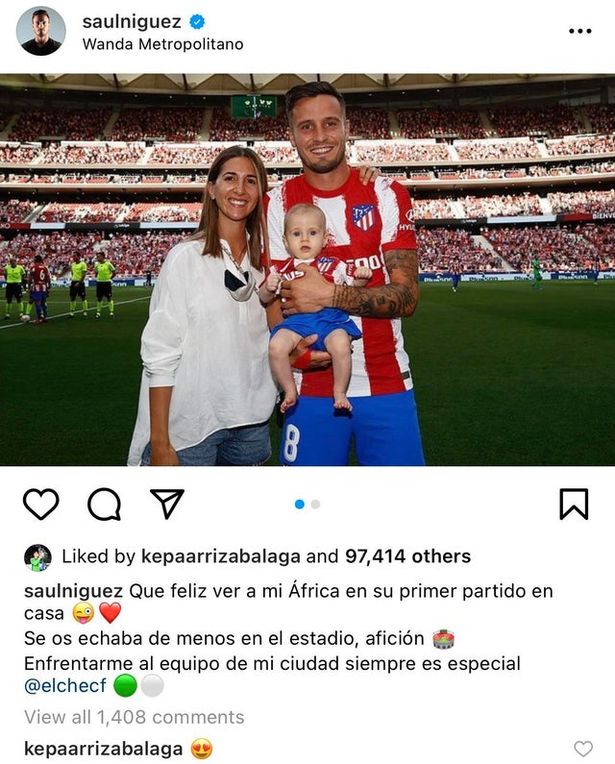 This sent a couple of fans into a mini transfer meltdown.

rachidterek said: “Man saul has been a player I wanted at Chelsea for like 4 years… so happy we’re getting him, even if it’s a loan and he hasn’t be on his level for 2 years now”.