Asante Kotoko have released their kits for the upcoming 2021-2022 season with a blend of cultural symbols. The club announced the arrival of the new kit on Twitter after teasing fans on the popular app for some time now.

The 2021-2022 Ghana Premier League starts October with clubs under preparations to catch up well ahead of the new season- that is bound to provide fans with competitive competition.

As part of preparations to meet the new season, Kotoko have released their home and away kits on Monday afternoon.

The home jersey is red through, meaning the top is red so as the short/down with the “Adinkra” and ‘Gye Nyame’ (in English translation; “Except God” embedded design on the shirt.

For the top, club’s kits sponsors Errea have their logo on the left chest while the Kotoko logo is directly opposite.

For the short/down, there was a change of logo placement as Kotoko’s logo can be found on the left whiles Errea’s logo is placed on the right. 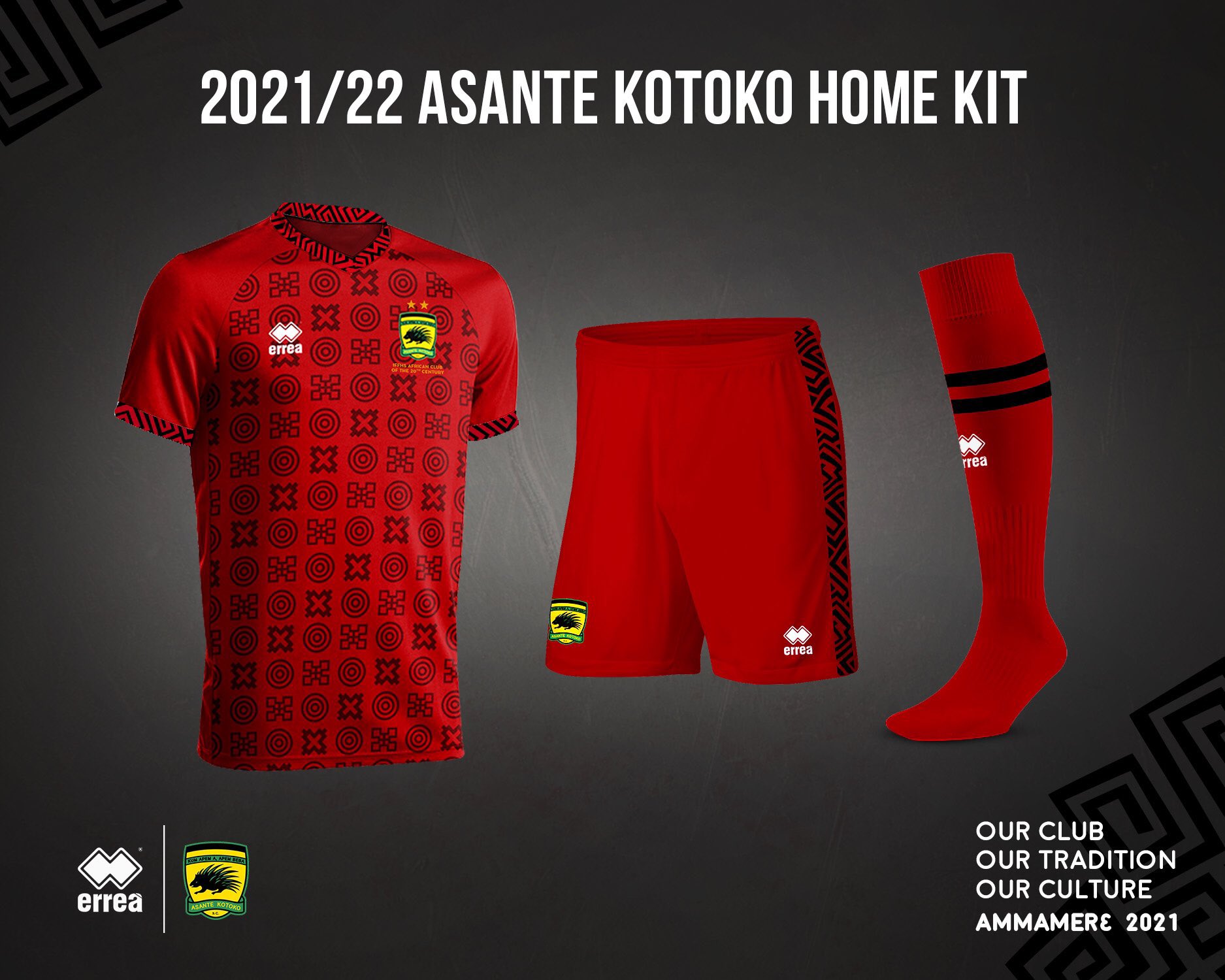 This is entirely a new change from last season’s away kit. Last season, Kotoko released all-white as away jersey.

For this season’s away kit, the top is yellow with imbedded Adinkra and Gye Nyame designs as the short/down is black. 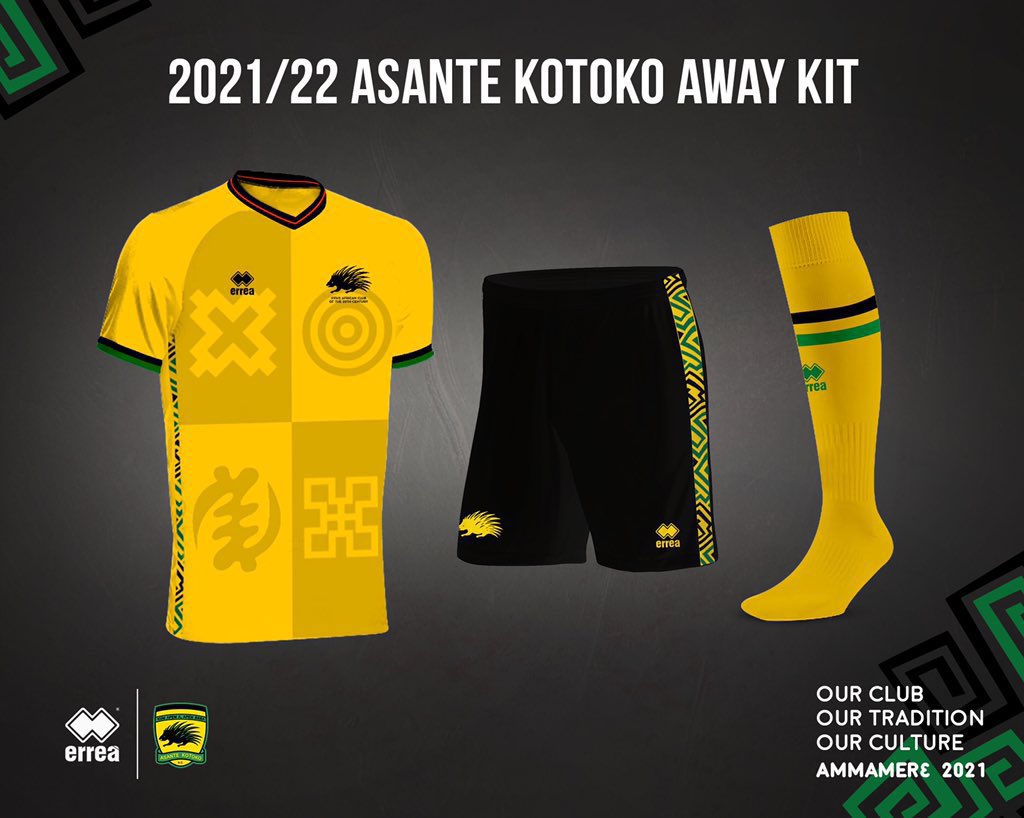 The kit was designed by an Italian sports equipment company supplier, Errea for the Porcupine Warriors.

The released of the kits are bound to follow with major developments including bring in new head coach and new players.

It is understood that Asante Kotoko are considering hiring a Ghanaian coach where Wafa boss Prosper Nettey has been heavily linked.

According to reports last week, Kotoko have agreed a deal in principle to appoint the Ghanaian International.

On new players, Medeama SC duo Justice Blay and Richard Boadu are reportedly close to completing a move to the Baba Yara Stadium.

Meanwhile, talks with Ash Gold playmaker Seth Osei are reportedly in advanced stage where South American players could reportedly be added to the set up.