Ghana beat Ethiopia on Friday evening to the commencement of their African qualifiers for Qatar 2022 World Cup finals but in hard fought manner. 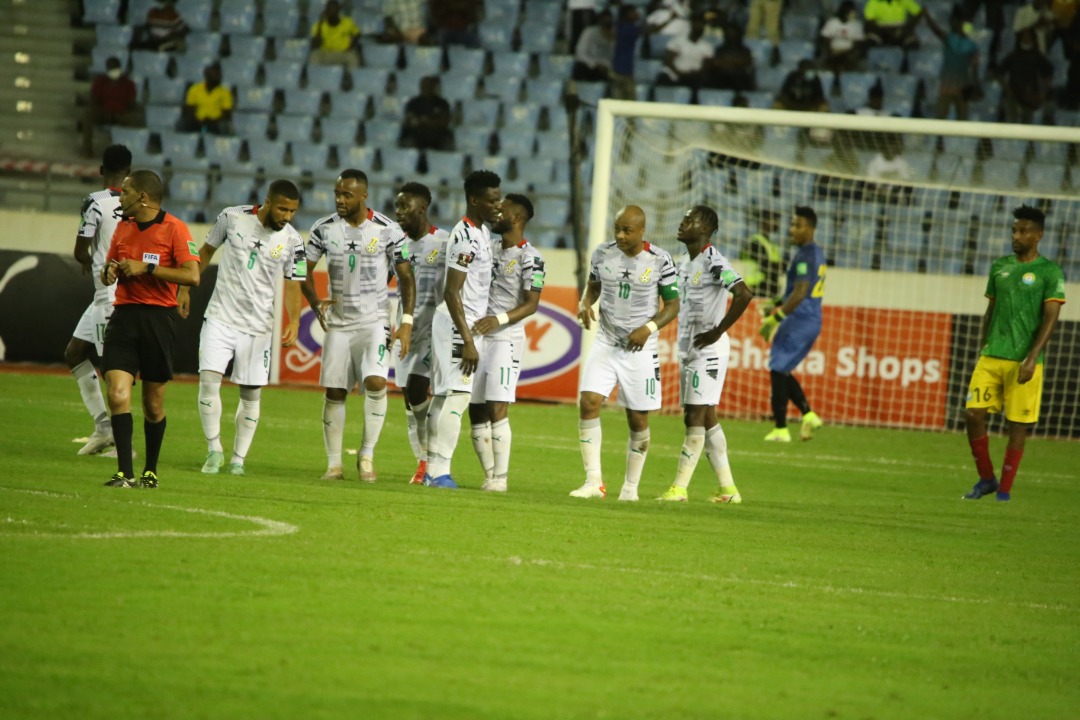 After first game of second round of matches, the victory see Ghana moved to top of Group G having Zimbabwe and South Africa shared the spoils at 60,000 capacity Zimbabwe National Stadium earlier the day.

One of the major talking points before today’s clash at the Cape Coast Stadium was the impact of Covid-19 with a sharp focus on team lineup.

Despite the pandemic halvely halting release of African stars to national duty, both teams probe beyond the limit to announce a strong eleven.

Daniel Amartey joined camp late but managed to get a call of Charles Kwablan Akonnor who opted to start the game with 4-4-2 formation against Ethiopia who narrowly overcame Lesotho  in the first round of the qualifiers back in September 2019.

Leicester City defender was paired with Alexander Djiku in central defence who the Strasbourg center-back look cemented for his position playing in all Ghana games since joining the Blacks Stars after 2019 Afcon in Egypt.

The 27-year old has started in all Black Stars games with exception of lose to Morocco in June that the Ligue 1 based star replaced Nicholas Opoku early in the second half.

Amartey and Djiku were supported by Andy Yiadom at right-back and Chelsea loanee Baba Abdul Rahman at left-back in a back four line. 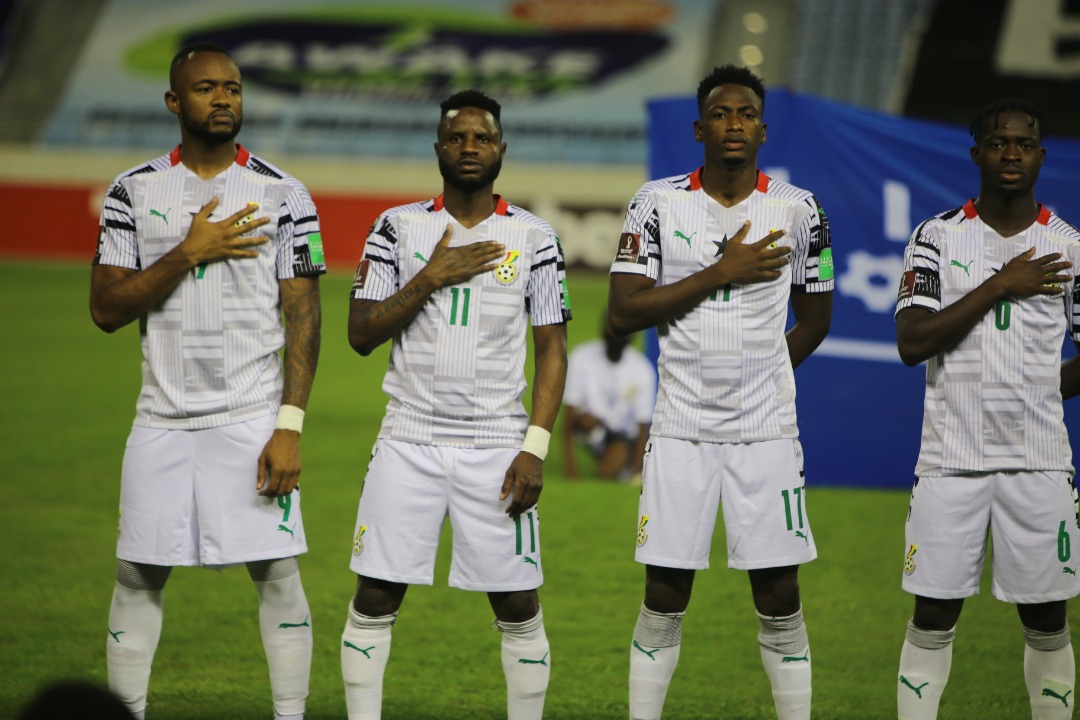 In a preferred four man midfield, Iddrisu Baba, Mubarak Wakaso were flanked by Jeffrey Schlupp and Kamaldeen Sulemana on the right and left sides respectively whiles Jordan Ayew and Andre Ayew led as two up fronts.

The fishing port city continues to push Ghana on the international recognition ladder after its academic institution The University of Cape Coast was ranked the topmost University in Ghana and West Africa in the 2022 Times Higher Education World Universities Rankings, that’s for its massive influence on global research.

And today the city hosted and produced a slim victory against Ethiopia in Ghana’s first game for journey to Qatar 2022 FIFA World at the Cape Coast Stadium.

Coincidentally, the warming famous stadium is suited in the noble University that its students have been known for their fierce support for all national team levels after standing firmly behind the Local Black Stars to lift the Wafu tournament in 2017.

In today’s clash where support was a determining factor for victory, they rose to the occasion again trooping to the Cape Coast Stadium to only see Ghana beat Ethiopia 1-0 though the covid-19 protocols reduced size.

Thanks to Mubarak Wakaso’s stunner that got Ghana that hard-fought victory as Black Stars climb to top of Group G. Ample applause must be run for the away side after staying committed to their game plan to frustrate the Black Stars. 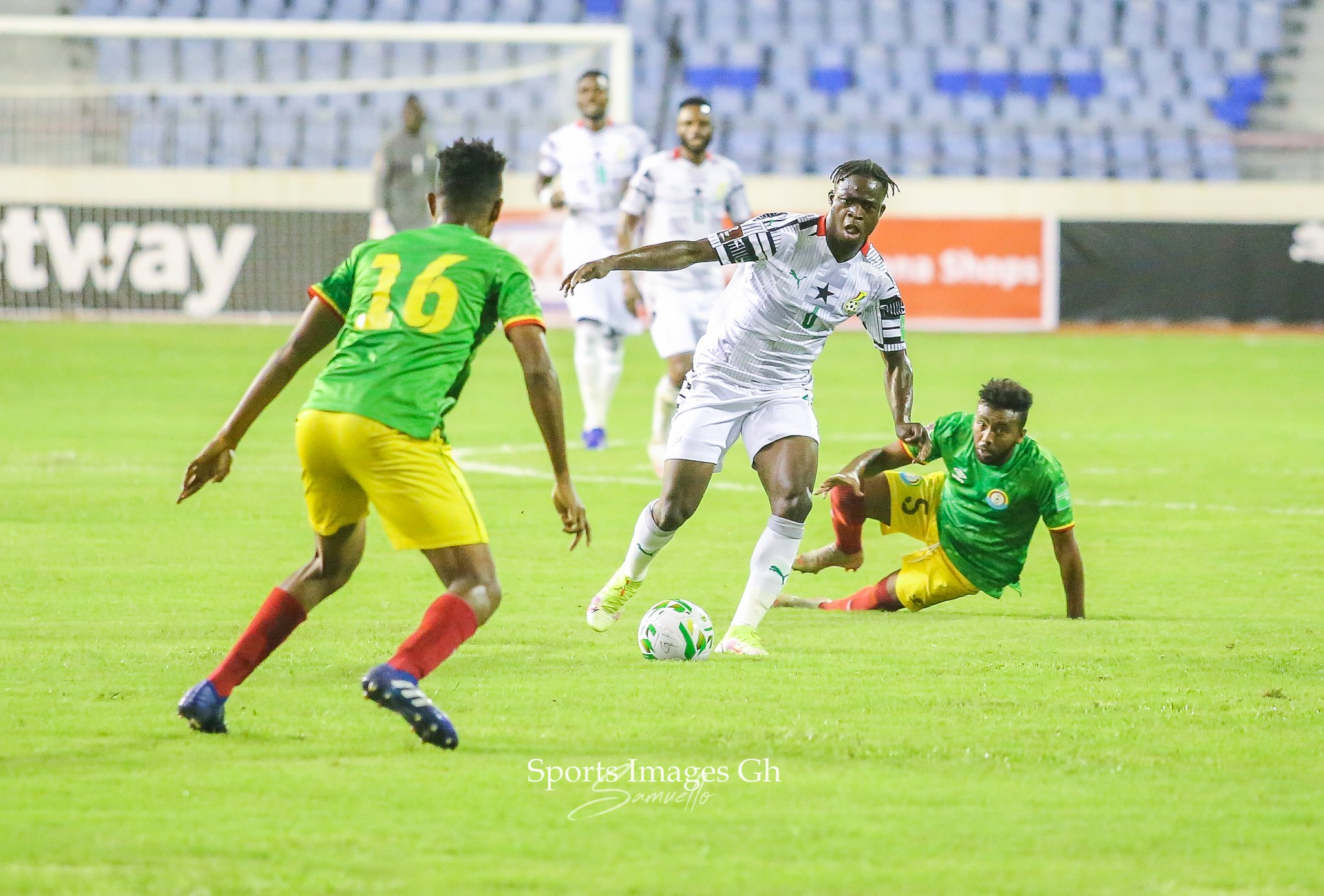 At times, they felt like the home side controlling proceedings but lacked the accurate to carry they day as Ghana’s won the game from individual brilliance.

An early goal could have met expectations especially when the game is been played at the Cape Coast Stadium that is gradually becoming a fortress for Ghana but the Ethiopians resilience throughout the game squeezed high hopes.

As a result, with Ghana now deploying the cut-and-run strategy in its most desperate war against the East African country.

The opener and the only goal came 10 minutes to end first half. While the manner and coordination of play was truly poor, that goal was a satisfactory of a delayed-goal?

But simply, nothing to write against that epic goal after Wakaso’s circulation was a top quality and the technique of shooting was a world class and to a simple however difficult-to-deal-handle situation.

Though Ethiopia goalkeeper should have denied that goal, the somehow unexpected or whatever poor anticipation of Wakaso sudden wheel and sudden rolled kick was the down fall of Teklemariam as when having touch of the ball, it still entered into the net from between the legs.

Ghana could have doubled their lead so while Ethiopia should have also pulled the level but Richard Ofori’s saved shot in late stage of the game was cleared to corner by Daniel Amartey as Ghana run away with a 1-0 victory in Cape Coast.

Ghana will travel to South Africa to play Bafana Bafana on Monday 6th September. The West African country could accumulated a total six points in the World Cup qualifiers before return to club football next weekend.

Black Stars have never lost a game at the Cape Coast Stadium since opening in May 2016.