Egypt Futsal national team suffered a heavy 9-0 defeat against Russia in their opening game in the 2021 FIFA Futsal World Cup in Lithuania. 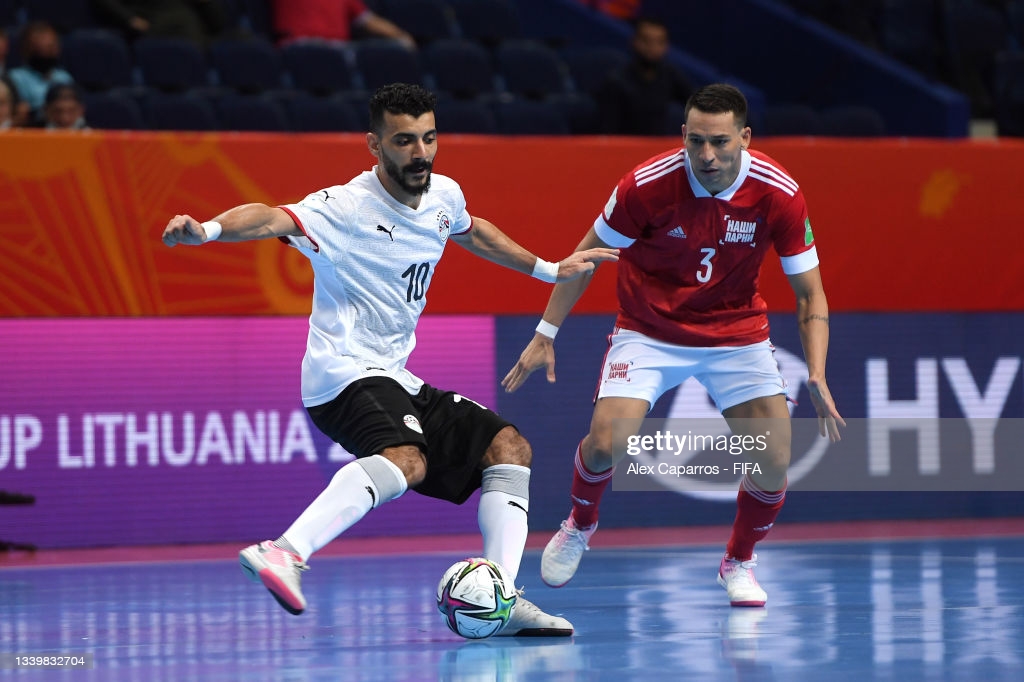 After having reached the CAaf Africa Cup of Nations final for the sixth time in their history in 2020, Egypt booked their spot in the World Cup alongside winners Morocco, and third-placed Angola.

The World Cup finals were set to take place last year but was postponed due to the coronavirus pandemic. The tournament is now taking place between September 12 and October 3, in Lithuania.

The Pharaohs found themselves in Group B along with Russia, against whom they kicked off their journey on Monday 13th September, along with Guatemala and Uzbekistan.

The first two nations of each group will automatically qualify for the knockout stages and will be joined by the four best performing third-place teams.

Egypt had a bumpy start to their World Cup journey as they lost their opening game against last edition runner-ups Russia 9-0 in a one-sided battle.

The African giants went down 3-0 in the first period before conceding 6 more goals in the second period/half. Russia were more determined and strategic to their game plan, catching Egypt ball watching situations as the European side continue to bang in the goals.

Egypt lacked the edge both in defense and attack only watching Russia to play out their game.

Despite the heavy defeat which hampers their chances of qualifying to the knockout, the Egyptians still have two chances to make out of Group B when they come face to face with Guatemala and Uzbekistan.

It’s worth noting that Egypt had their best run in the Futsal World Cup during the last edition, which took place in Colombia in 2016, where they reached the quarterfinals before losing 5-0 to Argentina.