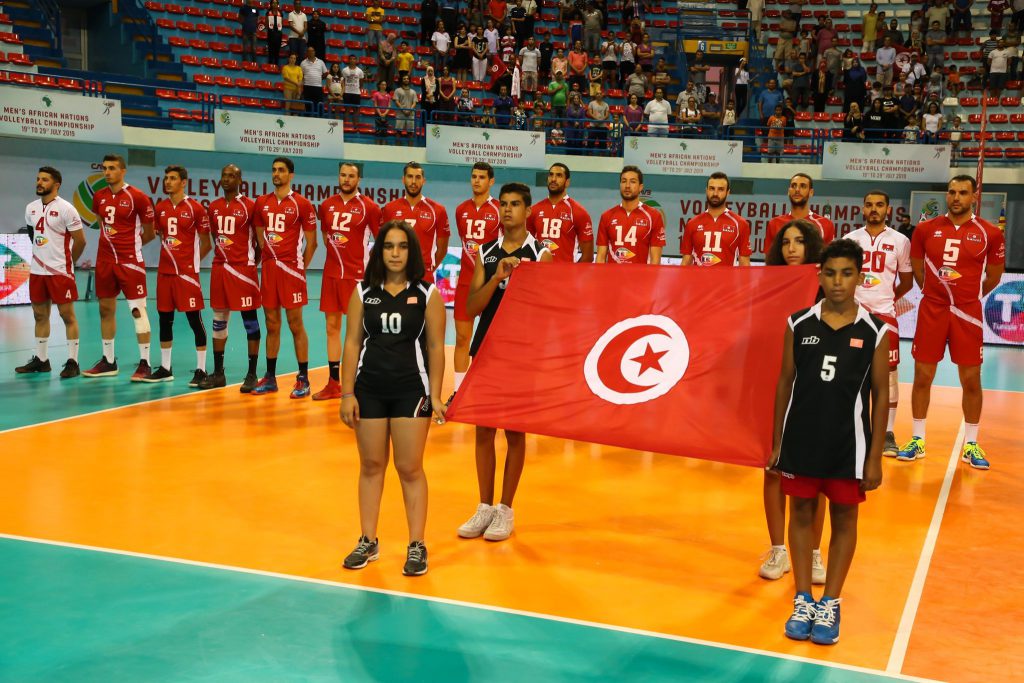 The victory see Tunisia extend their record to the most successful country in the history of the competition having won the 10th against today’s same opponents in Tunisia in 2019.

Cameroon were desperate for a revenge over the North African giants after been defeated 3-1 in the last final before today’s kickoff.

However, the reigning African champions repeat back-to-back victory over the West African country in Kigali after coming back from down to lift the ultimate.

Cameroon took the lead after winning the first set 25-16 but Tunisia completed a big come-back in Kigali. The champions drew level in the second set after winning 21-25 and repeated the same score line in third set as Tunisia led 1-2.

With the four set providing opportunity for Cameroon to draw level, Tunisia put the game beyond the West Africans winning 16-25 to end the final 1-3. It is the same score manner they lifted the last edition when they hosted the tournament in 2019.

In third place fixture, Egypt came from behind to beat Morocco 3-1 having the later won the first set 25-23.

Egypt who lost to Tunisia in the semifinals drew level after winning their second set 26-28 and recorded 21-25 win in the third set before putting it beyond their North opponents in the fourth set 18-25.