Deputy Captain of the Black Queens, Fafali Dumehasi has called on Ghanaians to rally behind the team ahead of Black Queens second game in the on-going Aisha Buhari Cup Tournament in Nigeria. 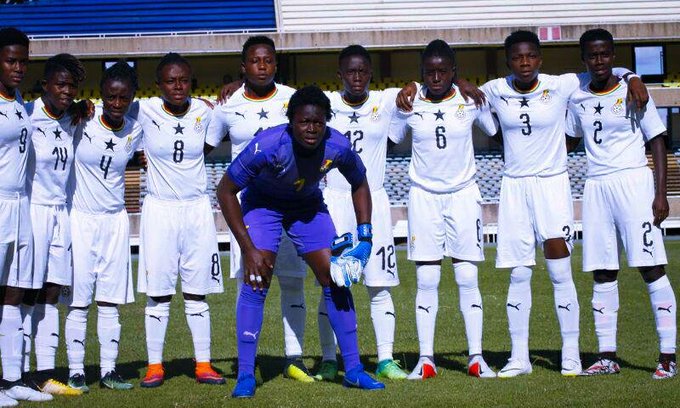 Speaking with ghanafa.org, she opines the team has moved on from the defeat to South Africa and looking forward to a great performance against Cameroon on Monday.

“We are not happy about our loss to the South Africans but as a player we have to put all that behind and focus on what is ahead because this tournament is an exercise for us for the AWCON qualifiers ahead us.

‘’We are preparing for the game against Cameroon so we are pleading with Ghanaians to support us in everything so that victory will be ours”. The Police Ladies shot stopper added.

The Black Queens will face the Lionesses of Cameroon in the second group B match on Monday, September 20 2021.

The Queens are only in the building period according to boss Mercy Tagoe-Quarcoo who has also speak ahead of today’s game against Cameroon.

Ghana were brushed aside in their first game against South Africa and are hoping to collect their first victory in the Aisha Buhari tournament.