Pitso Mosimane could be fires from Al Ahly due to club’s recent poor results according to a former player who has turned into a pundit.

Mosimane has come under fire in recent weeks for his team’s unconvincing performance and for losing his first two domestic trophies in the Egyptian Premier League and Egyptian Super Cup.

On Saturday night, however, the South African managed to redeem himself with a 1-0 win over ENPPI in the round of 16 of the Egypt Cup.

Despite the small score line, the Reds were dominant for the entirety of the encounter and this performance could prove to be crucial to give the team momentum heading into their upcoming challenges.

However, former Al Ahly player turned pundit Hanafy still expects Mosimane to leave very soon, even though he has proven that he’s capable of winning trophies such as two back-to-back Champions Leagues to name a few.

“I have confirmed information from inside the club that Reda Shehata [El-Gouna head coach] will join Al-Ahly’s technical staff [To replace Cavin Johnson],” Hanafy told Al-Hayah TV via Kingfut.

“I feel that Mosimane will not continue with Al Ahly, the team’s performance isn’t reassuring and I don’t feel that the players are improving. 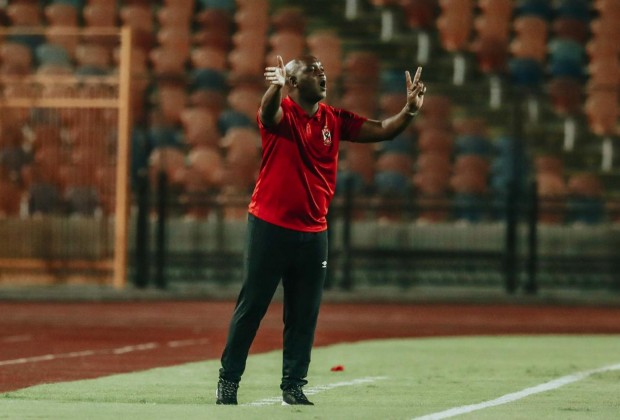 “The performance has become very routine, any team that will face Al Ahly will close its defensive line and the Reds will struggle and will win with a lot of difficulties.

“I doubt that Mosimane will continue with Al Ahly, there is something going on in Germany [alluding to the rumor that Cairo giants are in negotiations with a German coach],” he concluded.

The Red Devils’ next game will be in the second preliminary round of the Caf Champions League, where they’ll visit Niger’s Union Sportive de la Gendarmerie Nationale on October 15th.