Nigeria on Sunday completed a three-peat as they overpowered Mali 70-59 at the final of the FIBA Women’s AfroBasket in Yaounde, Cameroon to extend their supremacy on the continent.

Nigeria clinched their third consecutive African title to become only the second team to win three titles in a row after Senegal did so from 1974-1981. 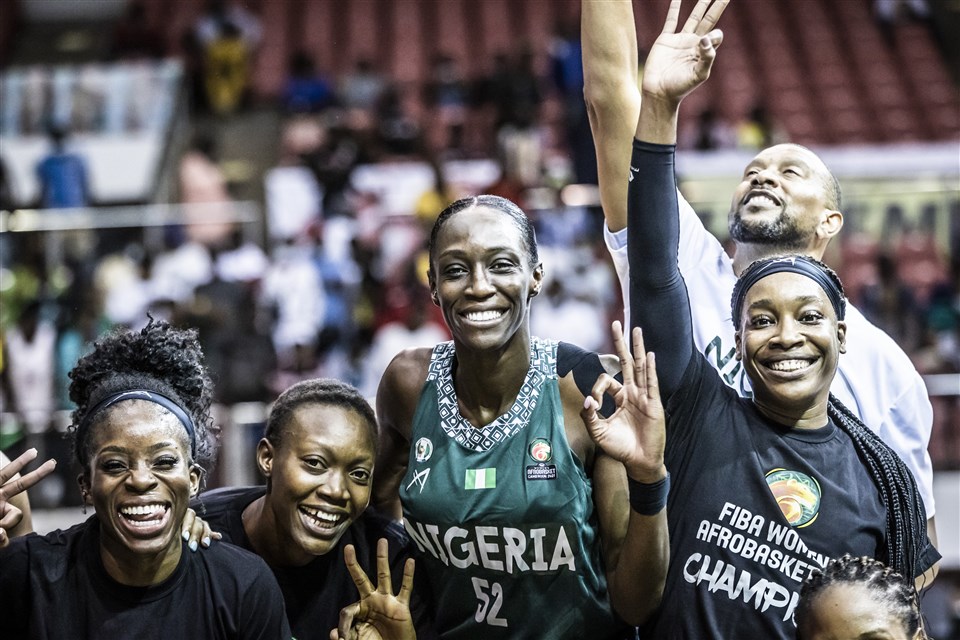 Ify Ibekwe hit a sensational double-double with 13 points, 10 rebounds and 3 assists for D’Tigress. Her five defensive rebounds were key as they helped slow down a Malian momentum.

Nigeria were a more clinical side shooting 47 percent within the paint and 31.3 percent from beyond the arc.

Mali, prior to the Final, had topped the rebounding charts and they did just that against Nigeria picking up 49 boards against D’Tigress’ 39.

Center Mariam Coulibaly was shy of hitting double digits scoring 13 points and 9 rebounds picking up an efficiency of 16.

Sika Kone put in 12 points with 11 rebounds as Mali had to settle for second spot.

The final was preceded by a spectacular matchup between Cameroon and Senegal.

Cameroon picked up its third bronze medal in the and second silverware since 2015 after overpowering Senegal in the third place playoff game 53-49.

The matchup, a remake of the 2015 final lived up to its hype with a lot of spectacle especially in its concluding stages.

11-time winners Senegal cruised comfortably 19-12 in the first quarter and by the times the teams headed to the locker room, they had a 27-22 domination with Bintou Dieme scoring 8 points.

The game took an exceptional twist in the third quarter after the host edged Senegal 17-11 to set up an enthralling conclusion to the game.

Forward Marguerite Effa scored a team-best 15 points while Tia Weledji added 13 points to fire Cameroon to the podium of the continental jamboree, with head coach Ahmed Mbombo Njoya breaking into tears at the end of the game.