Two suspected members of the broad daylight armed robbery gang who have been terrorising residents of Accra in recent times have been apprehended by police in Sege in the Ada West District of the Greater Accra Region.

The suspects, Bujahid Abubakar and Joseph Dagodzo are in police custody assisting with investigations.

They have been charged with possession of firearm without lawful authority contrary to Section 192 of Act 29/60 and assault contrary Section 84 of Act 29/60.

According to information gathered by DGN Online on September 25, 2021 at about 2:50am, the Sege Police Night Patrol Team brought to the Sege police station suspects and reported that whilst they were on patrols, information was received that, the said suspects were on a Royal motorbike with registration number M-20-GE 7215 whilst his other friends were also using another Royal motorbike with no.M-20-GT 4299 from Koluedor direction heading towards Accra.

The suspects on their respective motorbikes got to Sege town when the patrol team signalled them to stop they refused and they negotiated into the Sege township.

They were given a hot chase by the patrol team till they joined the main Accra-Aflao highway back heading towards Accra direction.

Upon reaching a section of the road at Dawa near God’s Love Herbal Center, two of the suspects on the motorbike with registration number M-20-GT 4299 fell from their motorbike and took to their heels into a nearby bush abandoning the said motorbike.

Immediately, the Dawa Police snap check personnel were informed to be on the lookout and arrest the suspects.

The other gang members who took the lead took a different turn upon realizing that, the snap check men were stopping them at Dawa. 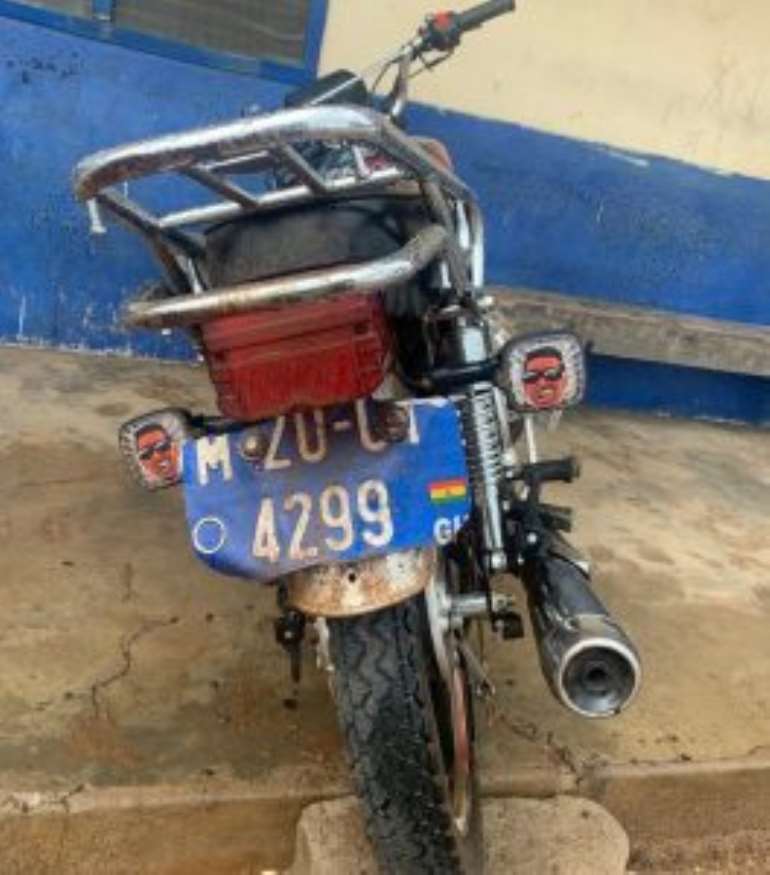 However, the patrol team pursued them towards Agortor direction and they also fell from their motorbike hence suspect Joseph Dagodzo was arrested whiles suspect Bujahid Abukari ran into the nearby bush.

The patrol team assisted by some community members combed the bush and in the process, the said suspect Bujahid Abukari pulled out his Blow F92 pistol to hit the head of one David Adella, one of the community members in Dawa who was helping in the arrest.

But the suspect was overpowered and arrested together with his black Blow F92 pistol.

Meanwhile, the pistol and the two royal motor bikes retained at the station as exhibits.

Suspects Joseph Dagodzo and Bujahid Abubakar are in police custody assisting with investigations while police hunt for the other suspects and admitted during police interrogation that they were embarking on criminal operation the subsequent day.