Zimbabwe head coach Norman Mapeza has announced his squad for the upcoming 2022 FIFA World Cup qualifiers against Ghana next month.

The Warriors will take on the Black Stars in a doubleheader with the first game coming on 9 October 2021 at the Cape Coast stadium.

The reverse fixture is scheduled for 12 October 2021 at the National Sports Stadium in Harare.

Mapeza who recently replaced Croatian gaffer Zdravko Logarusic at the helm of the Zimbabwe technical bench.

Former Everton defender Brendan Galloway has also been named in the squad to face the Black Stars. 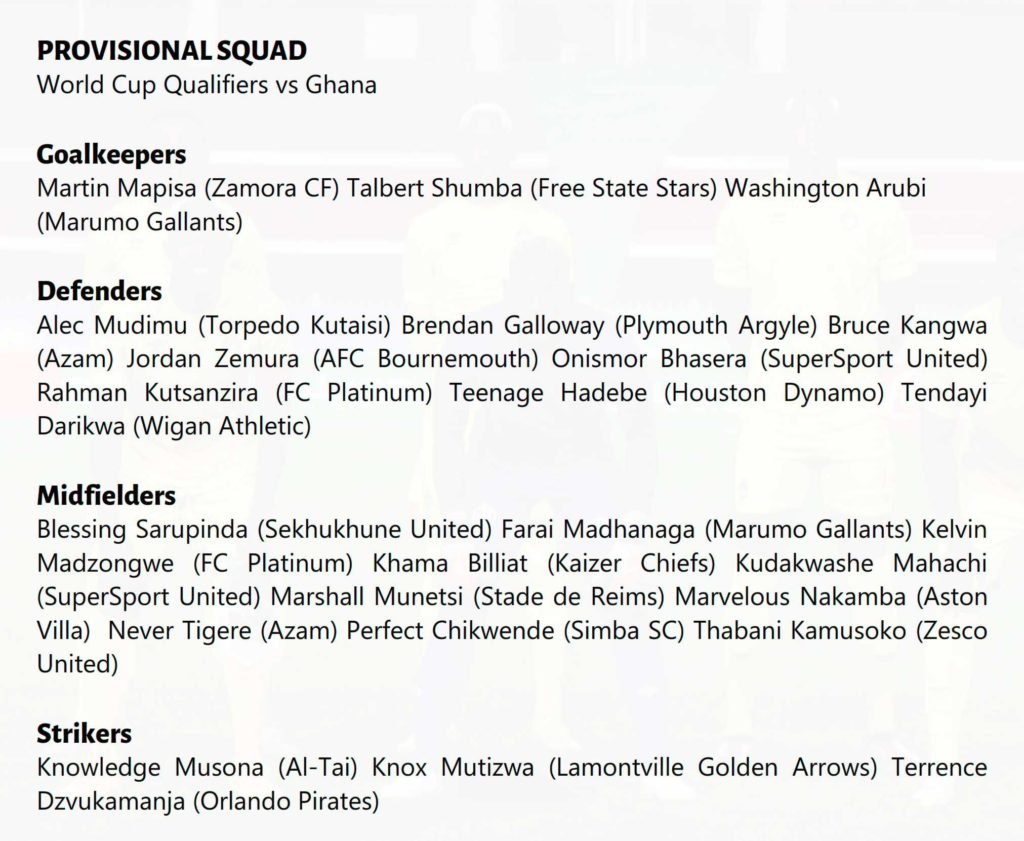