OLE GUNNAR SOLSKJAER opted for Edinson Cavani and Anthony Martial at Old Trafford; the first time Cristiano Ronaldo had been named on the bench in a Premier League game for United since May 2007; Andros Townsend cancelled out Martial’s opener in 1-1 draw. 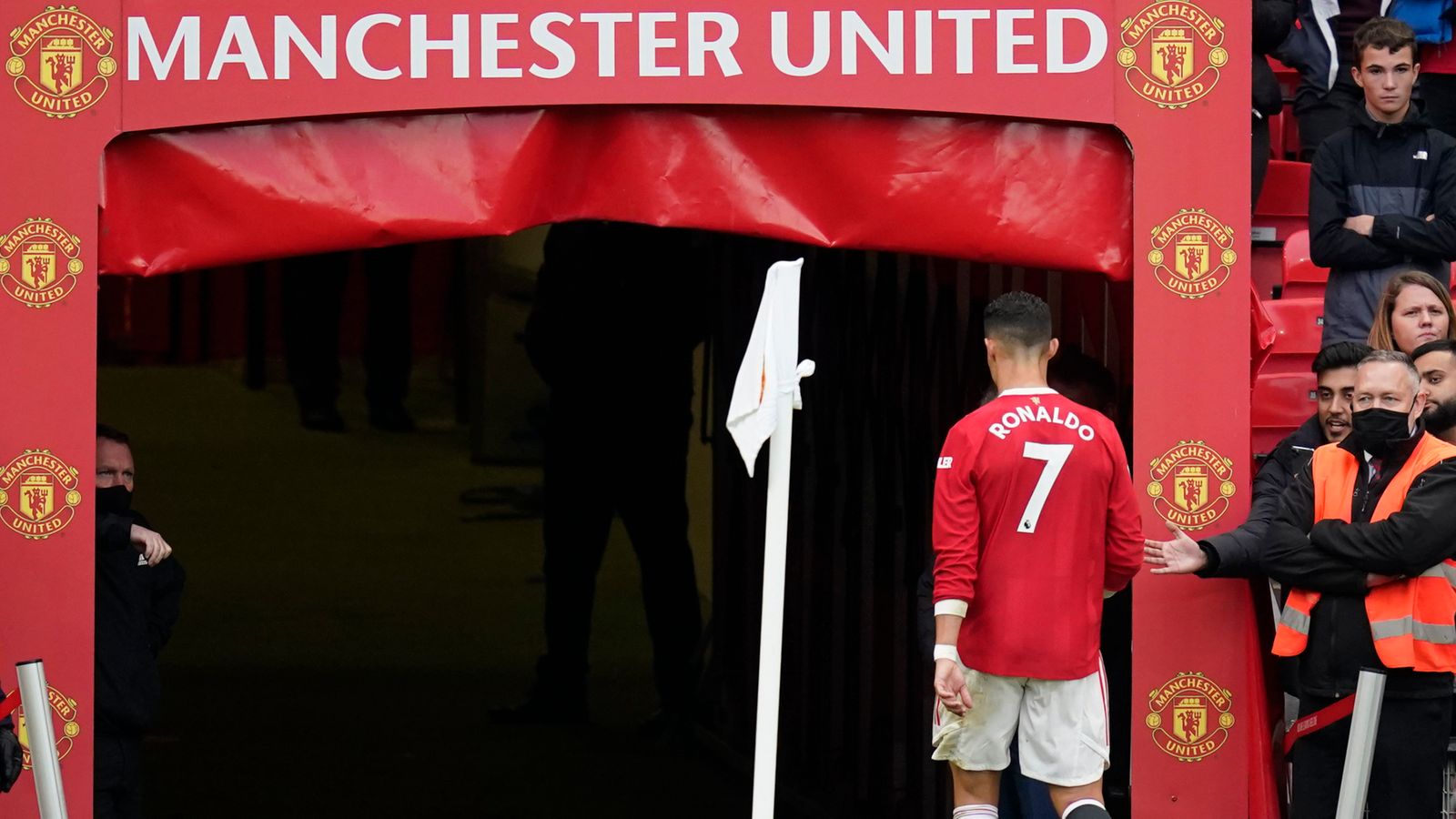 Ole Gunnar Solskjaer says he has no regrets over not starting Cristiano Ronaldo in Manchester United’s 1-1 draw with Everton, which left his side with just two wins in six games.

Solskjaer opted for Edinson Cavani and Anthony Martial at Old Trafford – it was the first time Ronaldo had been named on the bench in a Premier League game for United since May 2007 – claiming the team needed a refresh after their “physically and emotionally” tiring 2-1 win over Villarreal on Wednesday.

The decision looked vindicated when Martial gave United the lead just before half-time, and despite bringing Ronaldo on before the hour mark, Everton scored through Andros Townsend on the breakaway to send United into the international fortnight in unconvincing form.

2007 – Cristiano Ronaldo is starting a Premier League match at Old Trafford from the bench for the first time since May 2007, when Man Utd lost 0-1 to West Ham on the final day of the 2006-07 season. Unusual.

Asked after the game if he regretted leaving Ronaldo out, Solskjaer told Sky Sports: “No. You make decisions throughout a long, long season; you have to manage the players’ workload and the decision for me was the correct one.

“Anthony Martial did well, scored a good goal. Edinson [Cavani] needed minutes and could have had a goal. We have to make those decisions at the time.”

After Bruno Fernandes’ weak corner was cleared, United midfielder Fred had two opportunities to win the ball from Demarai Gray on the touchline, before Everton broke away and scored. Solskjaer says the trouble should have been dealt with early. 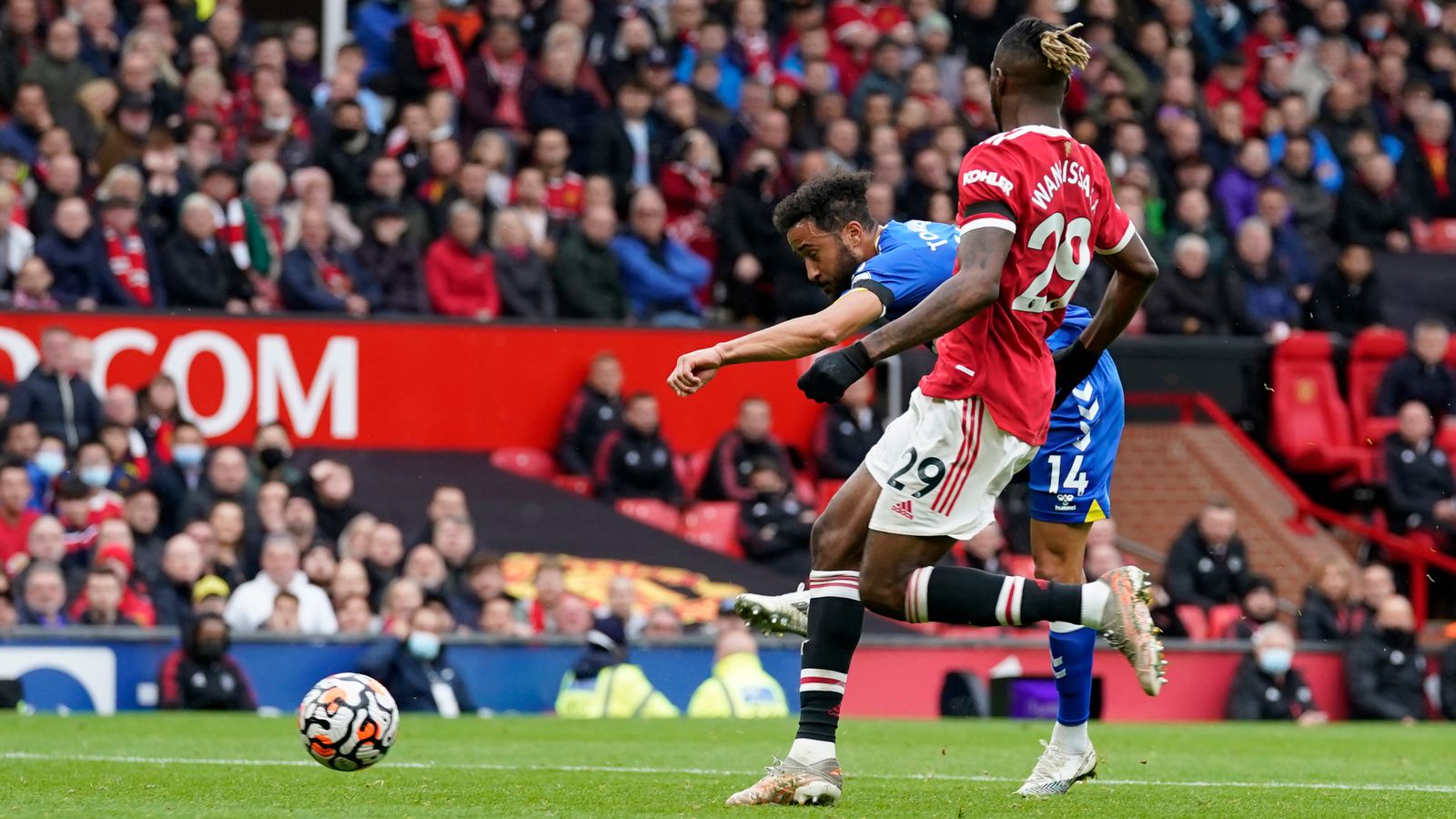 “We got hit on one break that cost us and we lacked that cutting edge to get the important second goal. We made a couple of decisions that cost us. We had players behind the ball when the ball was delivered and we should have dealt with it. We need to work on it because we are facing more and more opponents who allow us to have possession.”

It doesn’t get much easier for United after the international break, with Leicester (A), Liverpool (H), Tottenham (A) and Manchester City (H) to come in the Premier League with vital Champions League group games against Atalanta wedged in.

“It’s a big month. We have to be focused and make sure we use the international break well; come back with energy and clear focus. The mindset is good, the players are hungry to improve. We dominated the game but just couldn’t get the second goal you need in games like this.

“I’m confident we will get the best out of this squad. A lot has happened this month [player arrivals]. We have loads to work on but I do believe in these players and this coaching staff. I believe we have something going but proof is in the pudding.”