Ghana winger Kamaldeen Sulemana has been named in the Ligue 1 Team of Week 9 after a splendid performance against Paris Saint Germain on Sunday, October 3, 2021.

PSG’s paraded stars including deadly trio Messi, Neymar and Mbappe were handed their first defeat of the season against Stade Rennais over the weekend.

The trio were beaten in major headlines with Ghanaian International Kamaldeen Sulemana becoming their beater after registering superb assist to his side’s opener.

The Stade Rennais attacker provided the assist for the first goal as the Red and Black defeated the French giants 2-0 at the Stade de la Route de Lorient.

Sulemana stole the spotlight from PSG’s deadline trio of Lionel Messi, Kylian Mbappe and Neymar. After the game, every news source have been mentioning Kamaldeen’s name with elite European clubs monitoring the Black Stars man.

It’s understood that Manchester United, Arsenal and Villarreal may launch a bid in the January transfer window.

The major headline achievement has seen French tabloid L’equipe included the 19-year-old in the team of the week for the third time this season.

The Ghana international whipped in across and which was turned in by Gaëtan Laborde- right footed shot from the centre of the box to the bottom left corner.

Just after the break, Rennes doubled their lead through Flavien Tait who delivered right footed shot from the centre of the box to the bottom left corner.

Sulemana nearly scored on 61 minutes but his right footed shot from outside the box went too high.

View team of the week 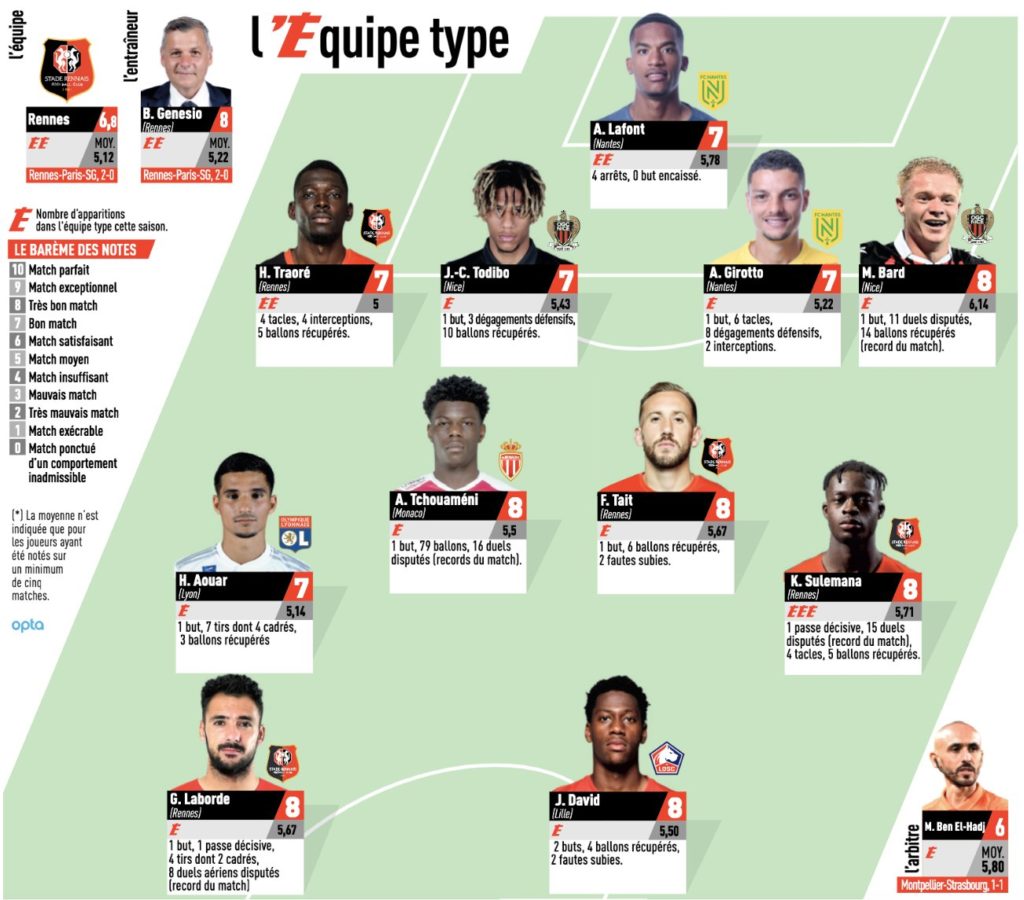