The maiden starting lineup saw whole changes to the side that lost 1-0 to South Africa at the FNB Stadium.

Swindon Town shot-stopper Wollacot Joseph makes his international debut for Ghana and he marks that with a start in posts whiles 17 year old Fatawu Issahaku gets his first Black Stars start after impressing Milo in training.

Fatawu will play on the right wing in a 4-2-3-1 formation that features skipper Andre Ayew and Arsenal Star Thomas Teye- Partey.

Leicester City ace Daniel Amartey will play at right back while Jonathan Mensah and Alexander Djiku partner in Central defense.

Mohammed Kudus makes a return to the team after missing last month’s games against Ethiopia and South Africa. He will play behind Jordan Ayew while Kamaldeen Suleymana and Baba Rahman operate on the left. 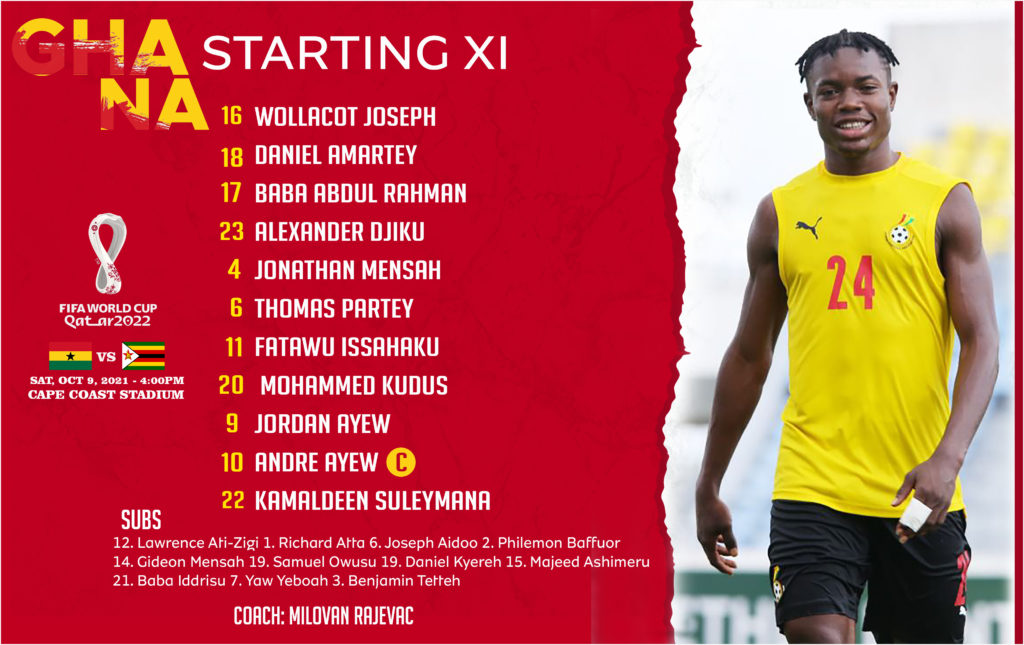