Premier League football doesn’t get much more straightforward than this.

As Chelsea walked off the strains of One Step Beyond and Stamford Bridge partied, Norwich trudged over apologetically to their beleaguered travelling fans.

It’s going to be a long, dark winter in Norfolk. By the end, this felt like an exhibition match, akin to when the Harlem Globetrotters roll into town and some poor team are made to fulfil the role of hapless victims to allow the stars to strut their stuff. 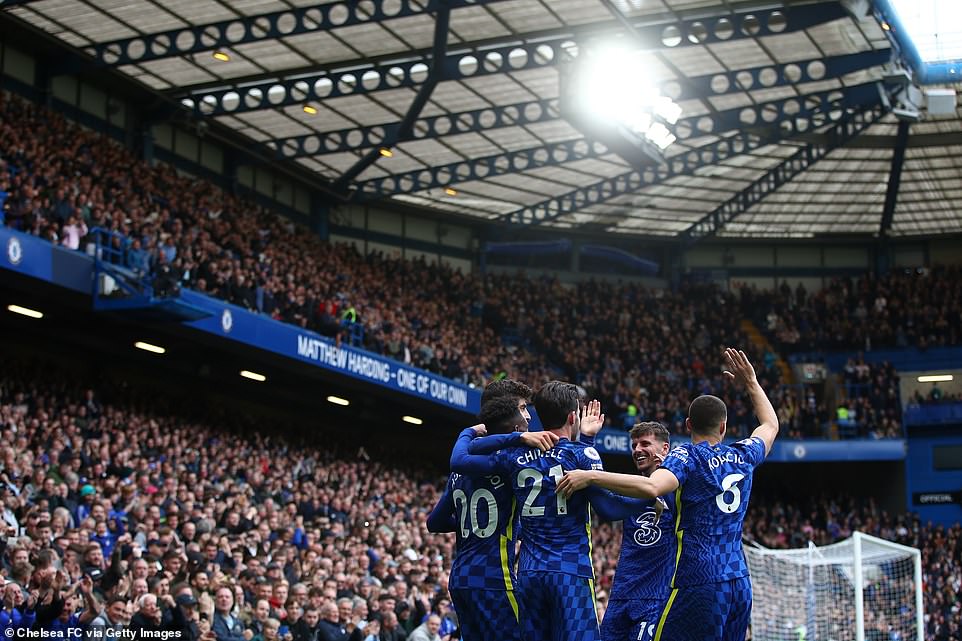 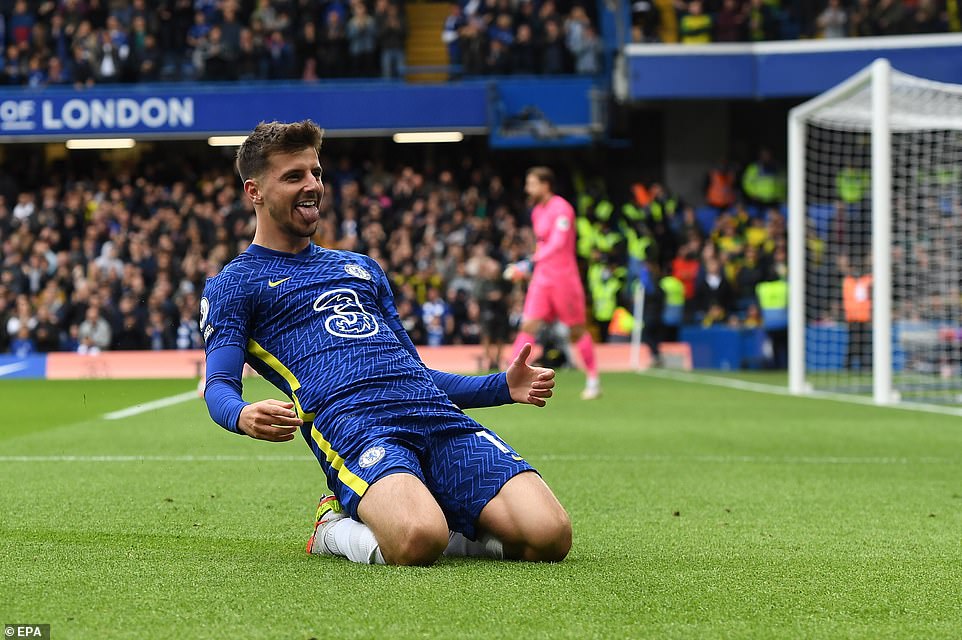 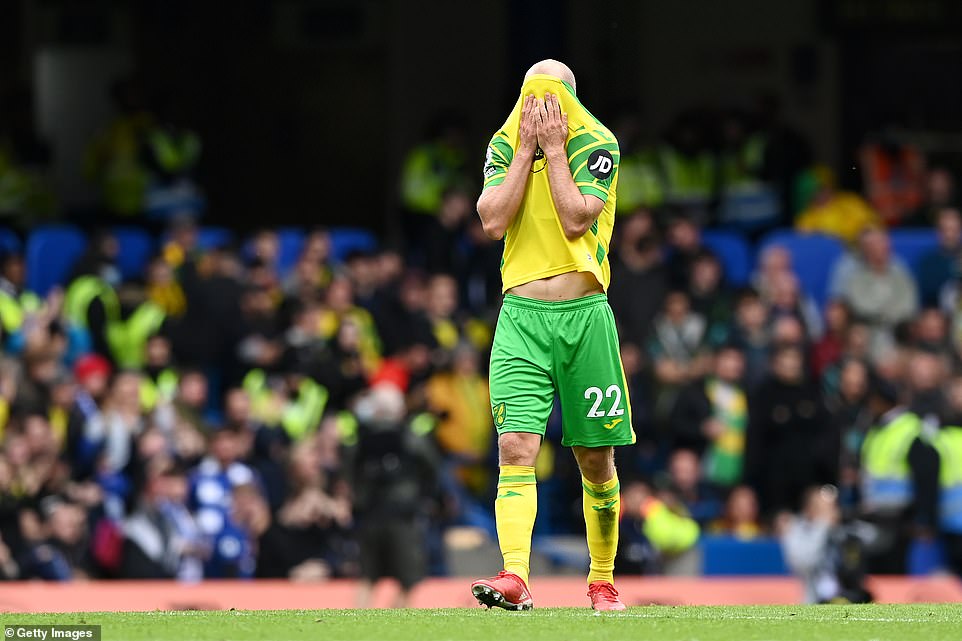 The twist here was that the expensive stars were absent injured in Romelu Lukaku and Time Werner. In their absence, the Chelsea academy stepped up: Mason Mount scored a hat-trick, Callum Hudson-Odoi, goaded pre match by his manager for consistency, responded with a superb performance which included a goal and two assists, while Reece James and Ben Chilwell also scoring, with an own goal from Max Aarons completing the magnificent seven.

The game was four minutes old when Hudson-Odoi got the full Thomas Tuchel treatment. The Chelsea manager enraged is a full-on John Cleese moment, with accompanying awkward spasms of infuriated indignity. If there were a tree branch to hand, you can imagine him whacking his car a la Basil Fawlty.

The young Chelsea forward acknowledged the apoplexy with a chastened wave, which conveyed his apology. His crime? Hesitating and not driving into the box at a key moment in an attack.

Hudson-Odoi is the player Tuchel brought on and then subbed at Southampton last season, meaning there his interventions doubtless carry some weight. And here the Chelsea manager smelt blood and wanted no mercy. There was to be no holding back against a wounded Norwich side.

Maybe he sensed double figures from the start. For Norwich were genuinely that bad, so weak and malleable that the Chelsea manager seemed intent on being utterly ruthless from the off.

Reece James would get the Hudson-Odoi treatment three minutes later similarly for not driving on into the box. Never mind the defence, seemed to be the message. Goals are the thing when you’re up against Norwich. Luckily for James, he was on the opposite side of the pitch so could only hear a muted version of his admonishment rather than the full throttle Hudson-Odoi received from a few yards away.

Still, it worked. On eight minutes Hudson-Odoi drove into the box, crossed and though the ball was headed clear it fell to Jorginho. A neat touch to Mason Mount teed up the midfielder to strike home decisively from the edge of the box for 1-0. Gareth Southgate watching on might have purred in admiration. 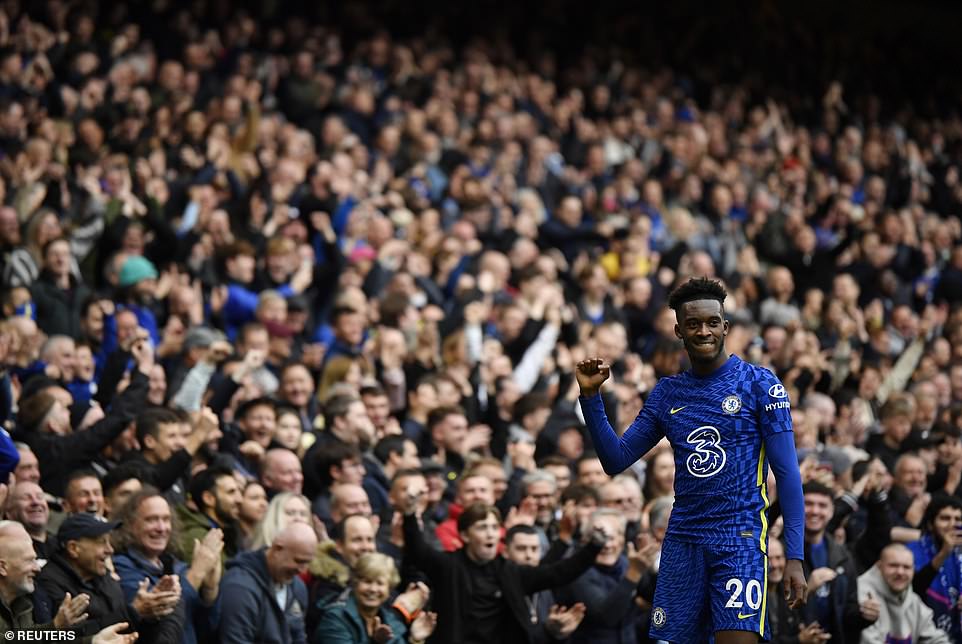 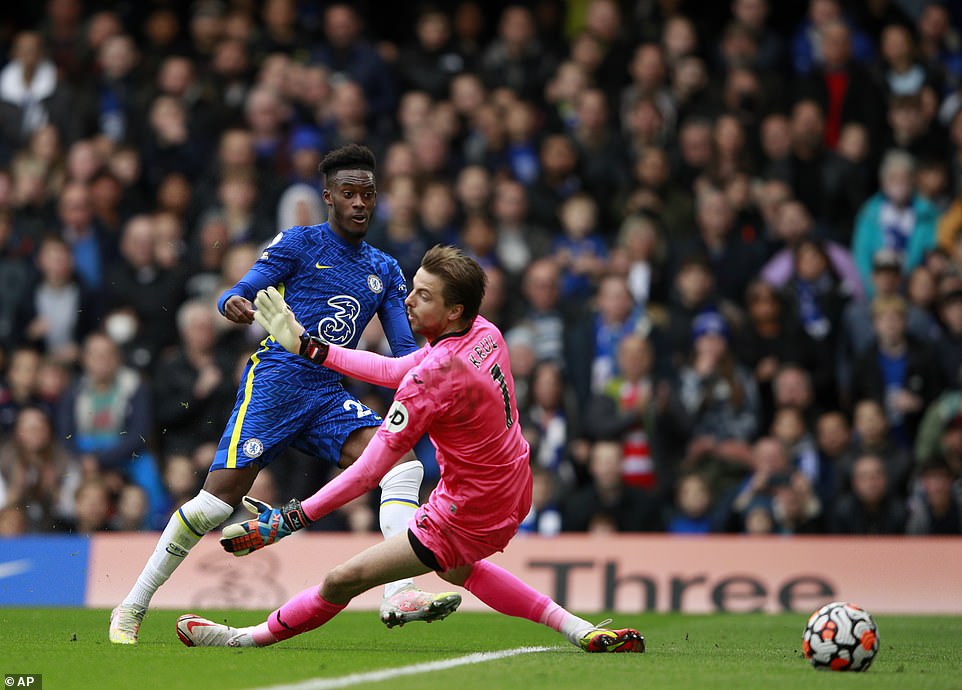 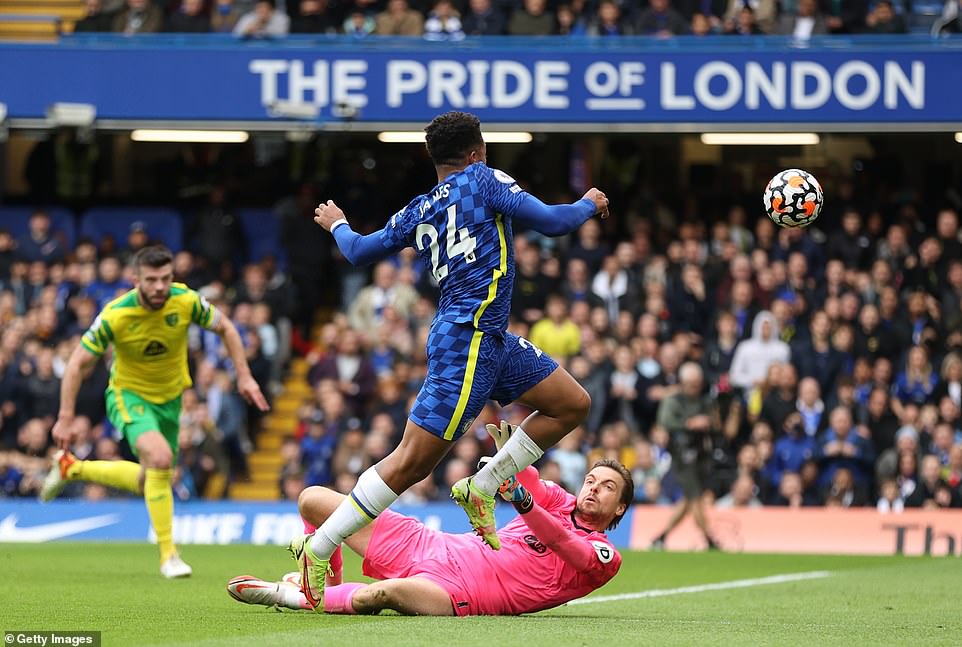 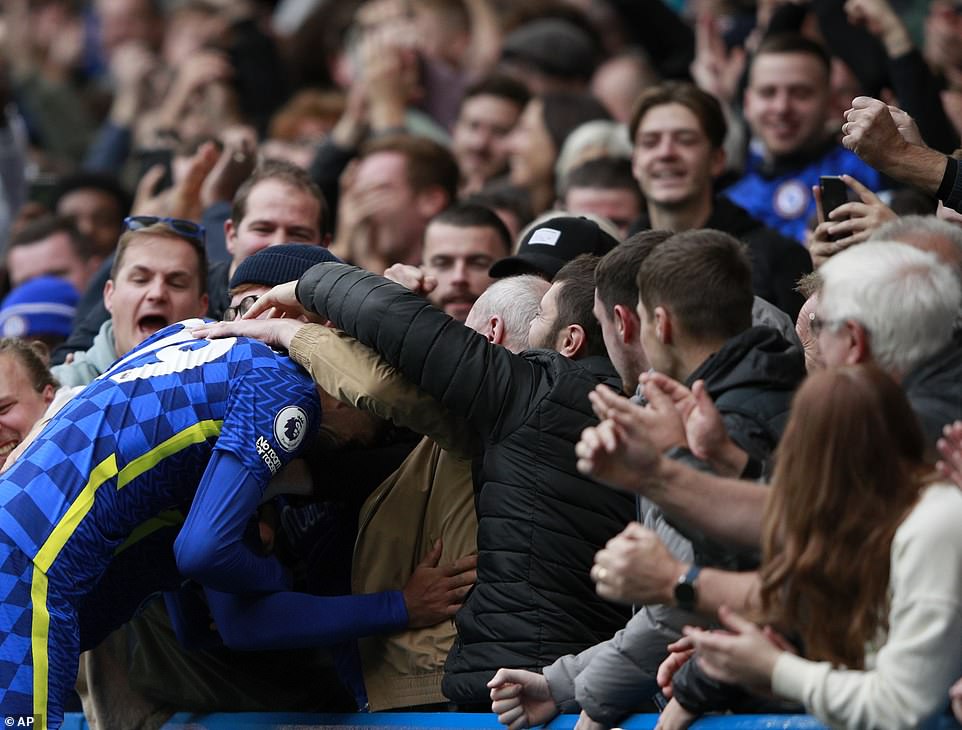 There was even better to come, however. Eighteen minutes in, Antonio Rudiger brought the ball out of defence and fed Mateo Kovacic, who spied Hudson-Odoi, by now chasing everything and anything, poised to sprint away. The weight of the pass was perfectly judged to split the opponents’ defence.

Yet it was the speed of Hudson-Odoi which left Norwich behind him, his touch and superbly-executed finish, directing it wide of the oncoming Tim Krul, which made the goal.

Tuchel might have said pre-match, referring to Hudson-Odoi, that one good game against Norwich did not a star player make. But many a football journey has had to start with a well-taken goal against abysmal opponents.

There was a distinct ‘Made in Chelsea’ feel about it all. Once Ruben Loftus-Cheek came on, half the team were Chelsea youth graduates. Another academy old boy, Reece James, got the third and his goal on 40 minutes owed a huge debt to Mount’s lovely drag back and the through-ball, which bamboozled Norwich. James, having been chastised earlier, was alert to the forward run, controlled the ball and struck it perfectly for 3-0. 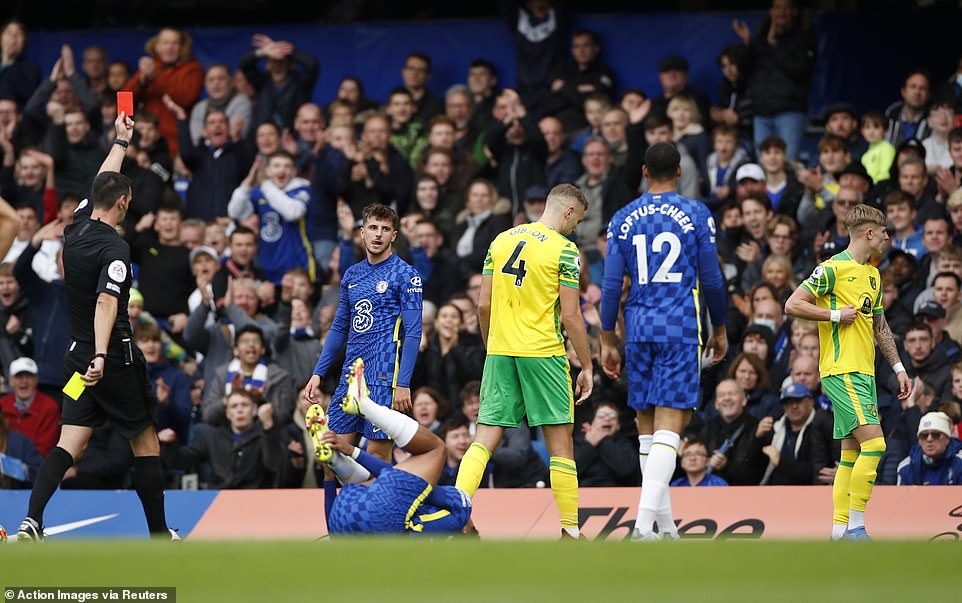 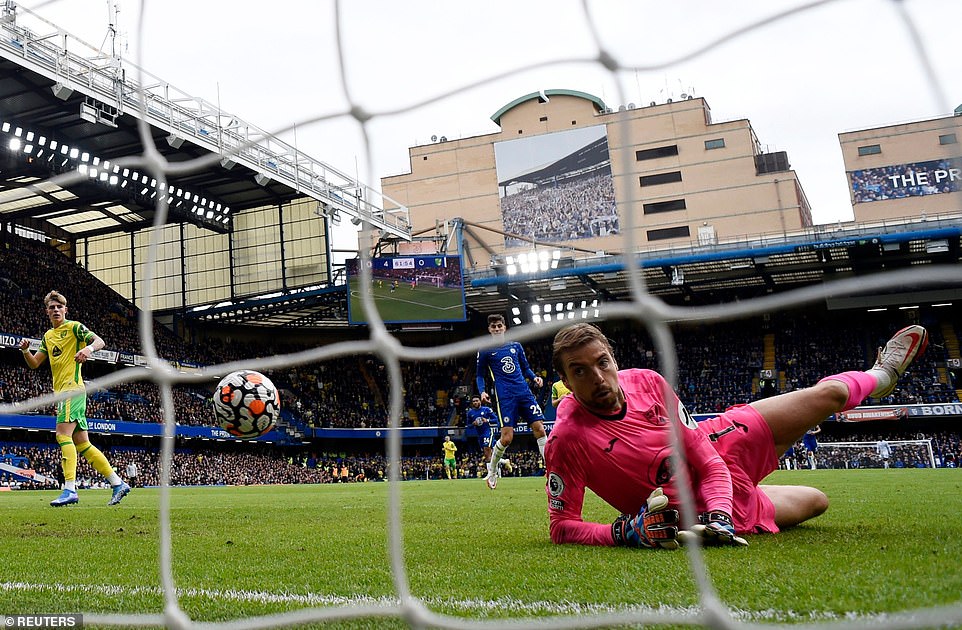 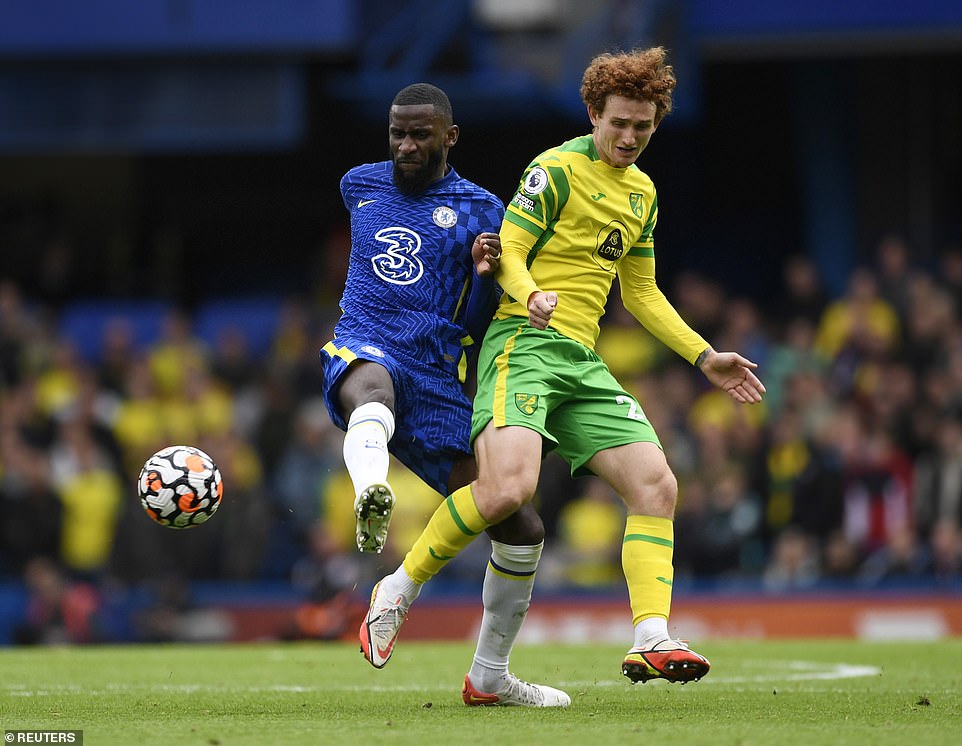 The game over, the second half was merely going to be an exercise in shooting practice. There was a brief diversion on 54 minutes when Chelsea lost possession in their half, allowing substitute Milot Rashica a run on goal. He actually rounded Edouard Mendy before the goalkeeper recovered the situation with a superb sliding block to deny the Norwich man.

The inevitable fourth goal came from another half-time substitute, Brandon Williams, losing possession high up the pitch to James. Chelsea swept the ball across the pitch via Jorginho and Kovacic to Chilwell, who sized up his chance on 57 minutes and struck cleanly across goal and past the unfortunate Krul from the edge of the box.

The fifth was another incisive run from Hudson-Odoi on 63 minutes , crossing into the box, hitting Max Aarons, which was enough to fool Krul, who let the ball squirm through him. Following sod’s law that no calamity is bad enough that it cannot be made worse, Ben Gibson chose the immediate aftermath of the fifth goal to crash through James.

Having already been booked, the subsequent red card was predictable. Perhaps he had just had enough.

By then, Tuchel felt relaxed enough to withdraw the key threats, substituting Hudson-Odoi and Kai Havertz. Noticeably, Hudson-Odoi received an affectionate slap on the back preceded by clasp of the hand from his manager. Tough love they call it. By the end it looked like love, actually. 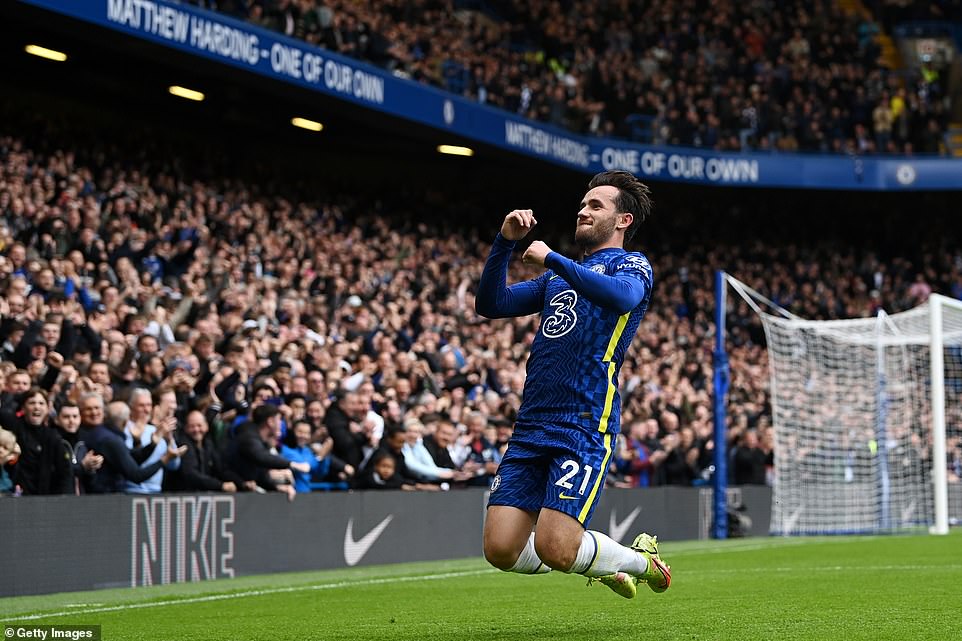 Norwich defended better with ten men than they had previously with eleven and Krul pulled off excellent saves from substitutes Hakim Ziyech and Ross Barkley. Yet eventually their resolve waned, under pressure, as Rudiger shot for goal, Mathias Normann dived like a goalkeeper, sticking out a hand to save. It really was that desperate.

Only on the VAR referral did referee Andrew Madley give the penalty. Mason Mount stepped up and Krul pounced to his left to save. Norwich at least cheered something, yet only for a few seconds. A quick VAR referral revealed Krul was well off his line.

Mount stood firm when Barkley and James offered to relieve him of the pressure of missing a second. Krul helpfully offered his own word of advice. Manager Daniel Farke, to his credit, was still arguing the toss over the decision, which seemed the ultimate definition of a moot point. Mount stepped up, drove the ball straight down the middle for his second.

And he will have been doubly pleased he stood his ground when Loftus Cheek drove down the right in the dying minutes and squared for Mount, who struck home from close range to complete his hat-trick.