Ghanaian teenager Felix Afena-Gyan climbed off the bench to score two late goals to give AS Roma a vital victory over Genoa on Sunday.

The 18-year-old was introduced by Jose Mourinho with 15 minutes to go as the game was deadlocked.

With less than 10 minutes remaining, Afena-Gyan finally had his chance as Henrikh Mkhitaryan played him through on goal. The Ghanaian side-footed a low-grounded effort into the bottom corner to give Roma a lead.

Incidentally, that goal meant the striker becomes the first player born after 1/1/2003 to have scored a goal in Serie A.

Afena-Gyan doubled his tally with the last kick of the game picking up a loose ball before placing his effort into the top corner from more than 25 yards.

It was Afena-Gyan’s third substitute appearance for the Roma senior team after being promoted in October.

Afena-Gyan became the second youngest debutant in the 2021/22 Serie A season after being subbed on against Cagliari.

The Ghanaian helped Roma turn the game around in the second half as Jose Mourinho’s men picked up all three points after being a goal down.

He comes from a village in Wenchi called “Beposo” and completed high school at Berekum Presec in 2019.

Afena-Gyan was among the players selected for the Regional School team after the 2018 inter-SHS games. He didn’t play professionally for any team in Ghana. He only featured for a juvenile team in Wenchi called Real Madrid and another team called Watomba 11. 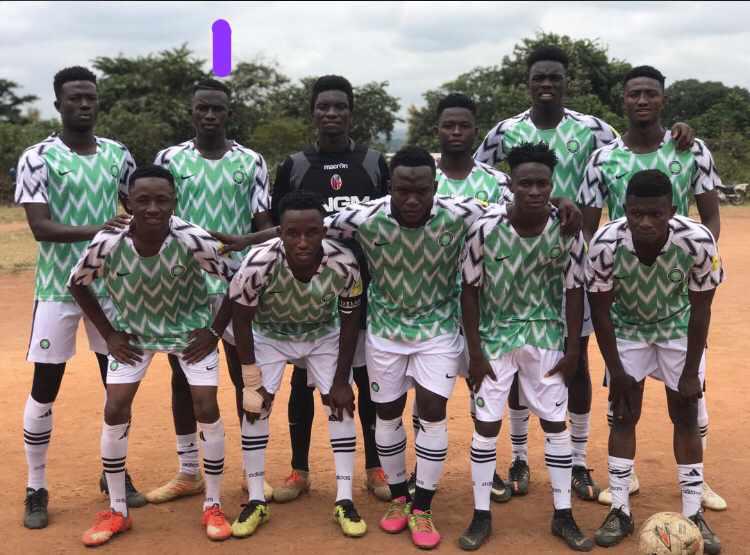 After high school, he was taken to the EurAfrica Academy where he was given the chance to go for trials with AC Milan.

Despite scoring goals in his trials with AC Milan, a possible deal fell through as Roma swooped for the Ghanaian instead.

Just a day after his unveiling on March 13, the youngster made a spectacular start to his AS Roma career by scoring and providing an assist on his debut for the under-18 side in a 5-0 thumping of Genoa.

He followed up that display for coach Aniello Parisi’s side by scoring in his next two matches and was so impressive he earned a quick promotion to Roma’s Primavera under-19 squad.

He is currently the top scorer in Italy’s Primavera 1 with six goals.

After his debut against Cagliari, the striker was given another opportunity by Mourinho against AC Milan, coming in the start of the second half against the Rossoneri.

The Ghanaian rejected his debut national team so he could continue his development. He was rewarded with 15 minutes against Genoa and scored his first goal for the Roma senior team.

Decision to reject call-up pays off

The striker rejected the chance to play for the Black Stars for the first time during the November international break.

Afena-Gyan was included in Milovan Rajevac’s provisional squad to face Ethiopia and South Africa in the final fixtures of the group qualifiers for the World Cup.

However, his agent in a tweet after the call-up stated the “player development is a partnership that cannot be rushed. Let’s stay focused on the long term win.”

Player development is a partnership that cannot be rushed. Let’s stay focused on the long term win.

The player also said: “I felt it was too early for me to answer the call from the national team because I need to grow, physically but also mentally and psychologically.”

“I also thought it was important for me to stay in Trigoria to accumulate training under [Jose] Mourinho’s orders, to continue improving and growing.” 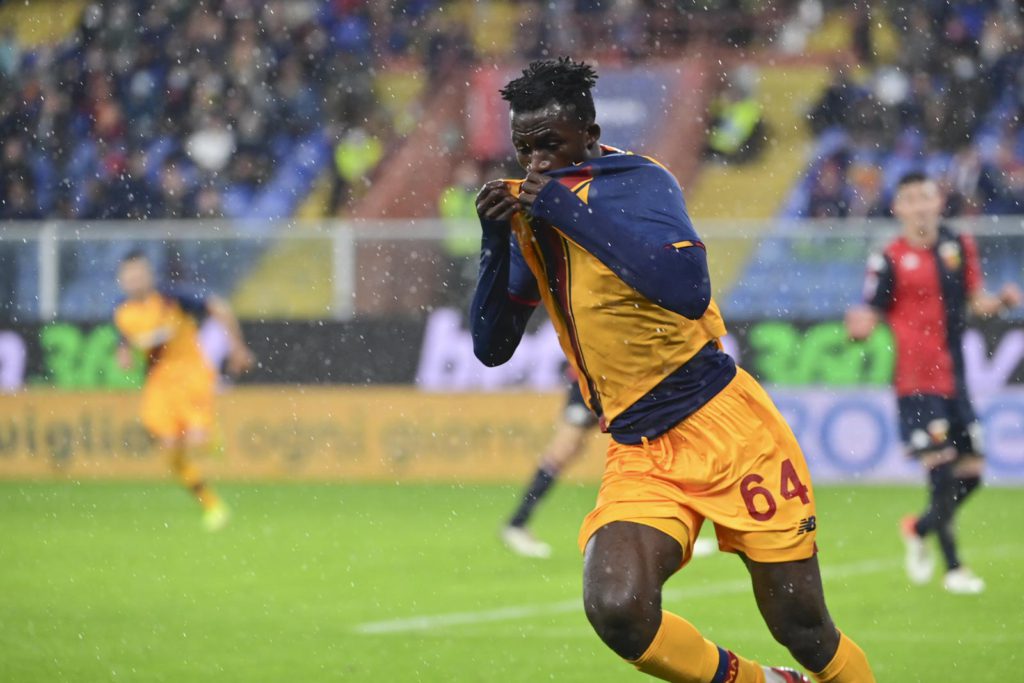 Afena-Gyan essentially spent two weeks with Mourinho as the Portuguese tactician continued to fine-tune the youngster.

In the first game after the break, it comes as no surprise Afena-Gyan already looks a different player.

One key man has been behind Afena-Gyan’s prominent rise at Roma and that is Mourinho. For a player who wasn’t exposed to a lot of professional football in his youthful days, one would have thought he would need more time to adopt especially in a new country.

However, Mourinho seems to have taken special interest in the development of the teenager.

After making his debut against Cagliari, Mourinho revealed why he was very interested in integrating the Ghanaian into the first team.

“We have a lot of players who want the ball at the feet; we don’t have many who look for the spaces to run into. I like him because of how he tries to run into space and how he works out on the pitch. How he presses. He’s aggressive in the spaces.

“It’s good for him that he is training with us, just as it is good for other players.”

When Afena-Gyan scored his first goal on Sunday evening, the 18-year-old run to Mourinho to celebrate with him.

After the game, Mourinho explained why: “I had promised to buy Felix the shoes he really likes, which are really expensive, they cost €800, so he ran over and told me not to forget! Tomorrow morning, the first thing I do is buy him the boots.”

He ran straight to Mourinho after scoring his first ever serie A goal ♥️pic.twitter.com/ihOhpGPWQ2

This is not the first time Mourinho is playing the father figure as a coach when it comes to Ghanaian players.

Michael Essien referred to the Portuguese as a father during their time together at Chelsea. Mourinho trusted Sulley Muntari at Inter Milan and always relied on the midfielder.