Barbados has officially removed Queen Elizabeth II as its head of state and become the world’s newest republic.

In an overnight ceremony in the capital, Bridgetown, Dame Sandra Mason was sworn in as president.

The Prince of Wales and Barbadian singer Rihanna attended the event, which coincided with the country’s 55th anniversary of independence.

In a speech, Prince Charles acknowledged the “appalling atrocity of slavery” the Caribbean island suffered.

The new era for Barbados ends Britain’s centuries of influence, including more than 200 years when the island was a hub for the transatlantic slave trade.

To signify the official change of power, a final salute was made to the British monarchy and the Royal Standard flag was lowered and replaced.

Speaking as the guest of honour at the event, Prince Charles reiterated the continuing ties between the two nations despite the constitutional status change.

He described the moment as a new beginning before being awarded the prestigious Order of Freedom of Barbados by the new president.

The Queen sent the country her “warmest good wishes” for “happiness, peace and prosperity in the future” and said the nation holds a “special place” in her heart.

Dame Sandra Mason, 72, the island’s governor-general since 2018, was named as president-elect of the nation following a vote in parliament last month. She now replaces the Queen as the head of state.

“Vessel Republic Barbados has set sail on her maiden voyage. May she weather all storms and land our country and citizens safely on the horizons and shores which are ahead of us,” she said after being sworn in.

Barbados announced its plan to become a republic last year, but it will remain within the Commonwealth.

Formerly known as the British Commonwealth, the Commonwealth of Nations is a loose association of former British colonies and current dependencies, along with some countries that have no historical ties to Britain. 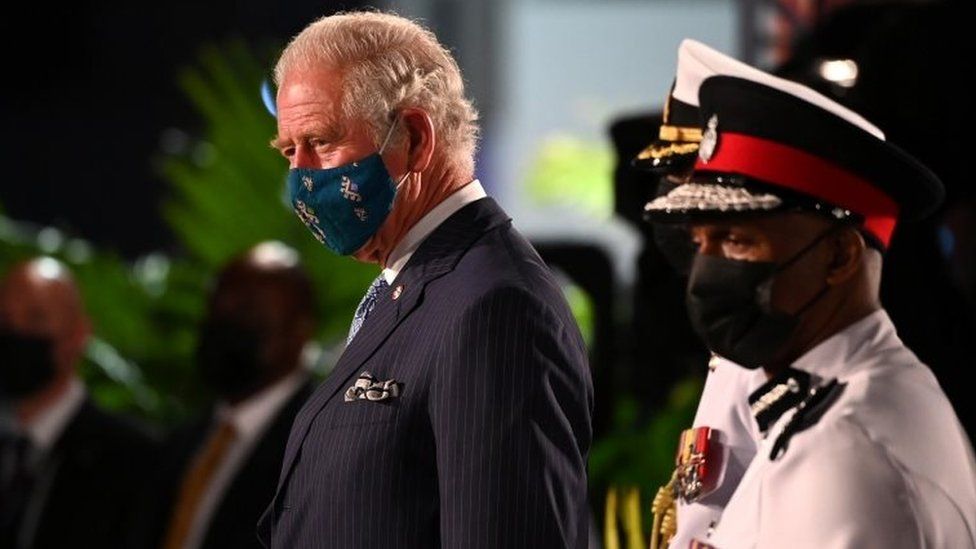 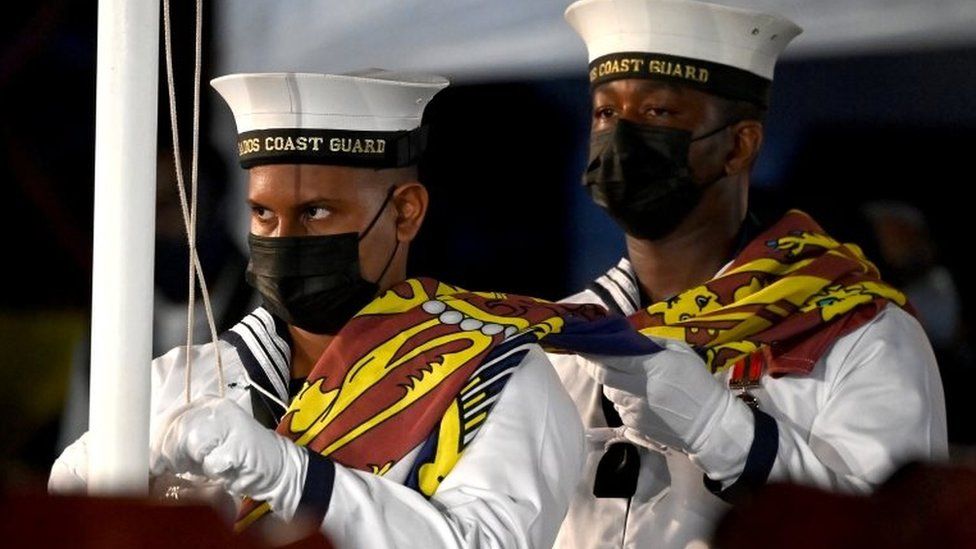 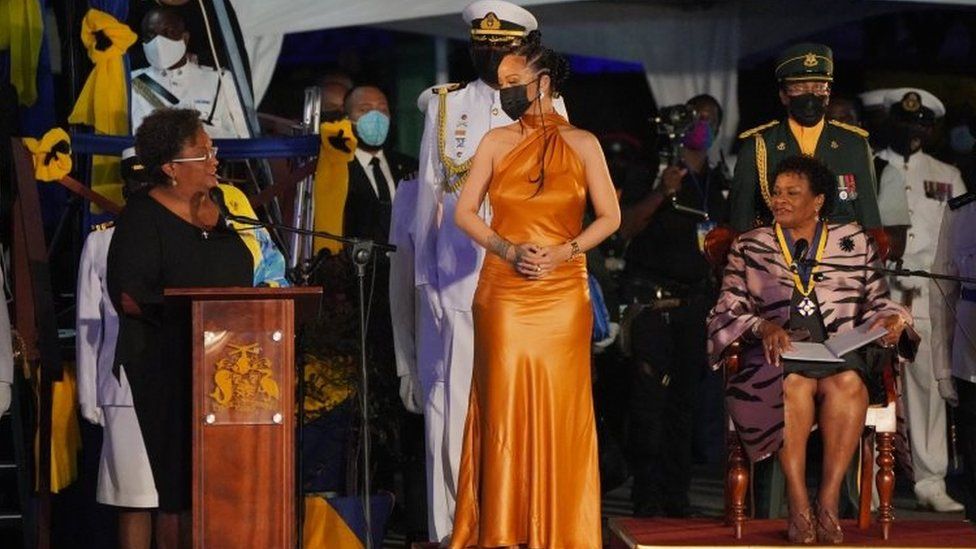 Leading national figures, including Prime Minister Mia Mottley, swore allegiance to Barbados in front of the new president at the ceremony, which lasted for several hours.

She later announced that pop star Rihanna would be named a national hero by President Mason. The artist and businesswoman, whose full name is Robyn Rihanna Fenty, was previously named an ambassador by her home country in 2018.

“May you continue to shine like a diamond and bring honour to your nation,” Ms Mottley said, in reference to one of Rihanna’s songs.

In the heat of a Barbados night, the handover ceremony has combined pomp and ceremony with one big party.

It has been a show of national pride with a sprinkling of this island’s most famous names as VIP guests including the cricketer Sir Garfield Sobers and the singer Rihanna.

In between them both sat the Prince of Wales. It must have been a moment of mixed emotions for him – he took the final salute and watched the Royal Standard lowered for the last time as his mother was removed as head of state.

He used his speech to emphasise the pain of slavery and the enduring friendship of the two nations.

The mood music from the royal household has been positive and pragmatic.

They can’t stop a constitutional shift but they can try to ensure positive relationships remain.

The country’s prime minister has described the move to a republic as a “seminal moment” which will see Barbados fully leave its colonial past behind.

It was one of England’s first slave colonies. English settlers first occupied the island in 1627 and, under British control, it became a sugar plantation economy using enslaved people brought in from Africa.

Slavery was abolished in Barbados in 1834 and the country became fully independent in 1966.

In his speech on Tuesday, Prince Charles spoke of the “appalling atrocity of slavery” which he said “forever stains our history”.

Before Barbados, the last nation to remove the Queen as head of state was Mauritius in 1992.

With a population of about 285,000 people, Barbados is one of the more populous and prosperous Caribbean islands.

Once heavily dependent on sugar exports, its economy has diversified but has been hit hard by Covid-19 hurting tourism and rising prices caused by supply chain disruptions.