He denied the fall of Afghan capital Kabul was an intelligence failure and signalled closer ties with tech giants.

The decision to speak more openly about his work was important in a modern democracy, the ex-secret agent said.

In a wide-ranging interview ahead of his first major public speech since taking on the role as head of MI6, Mr Moore:

Speaking about the threat posed by China, Mr Moore described its use of “debt traps and data traps”.

He said Beijing is “trying to use influence through its economic policies to try and sometimes, I think, get people on the hook”.

Explaining the “data trap”, he said: “If you allow another country to gain access to really critical data about your society, over time that will erode your sovereignty, you no longer have control over that data.

“That’s something which, I think, in the UK we are very alive to and we’ve taken measures to defend against.”

The assessment of the speed at which the Taliban would seize control of Kabul as British and American troops withdrew from Afghanistan was “clearly wrong”, Mr Moore admitted.

But he said it was “really overblown to describe it in terms of intelligence failure”. “None of us predicted the speed of the fall of Kabul,” he said.

However, he added that there is no “soft soaping” that the victory of the Taliban had been a “serious reverse” and he is concerned it will be a “morale boost for extremists around the world, and indeed for those sitting in the capitals in Beijing, Tehran, and Moscow”.

MI6 chiefs used to do what they could to avoid the spotlight, preferring their names were only known by a select few. But now they know that a public face is part of the job.

The current chief is even active on Twitter, something some of his staff found a touch uncomfortable at first and now he has appeared live on the BBC.

The reason is that spy chiefs know they need public support – partly as they want to be seen to be accountable and know the public are less trusting of secrecy than in the past.

But they also want to use the publicity to help recruit the best staff to their ranks and gain the support of businesses and others to help in their mission.

They hope they can do this while maintaining secrecy about some parts of their work – for MI6 that means the identity of those who provide them with information.

Mr Moore described Russia as an “acute threat” and said Russian President Vladimir Putin has been clear that he does not recognise Ukraine’s right to be an independent state.

“From time to time we get sort of crises around Ukraine as we worry about build-up of troops and what President Putin’s intentions might be,” he said. 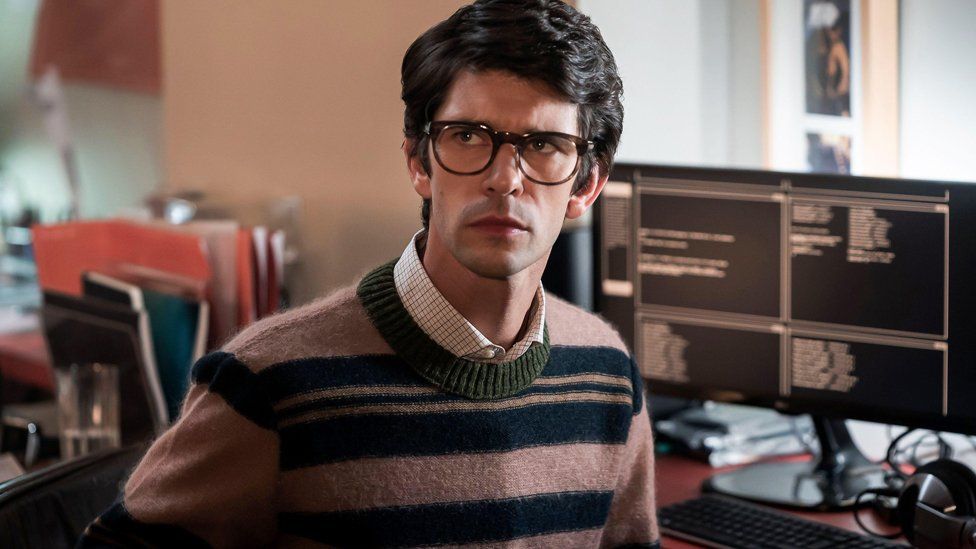 Looking ahead to the future of the Secret Intelligence Service, Mr Moore said he wanted to “partner in a different way” with the UK’s technology industry to help its real-life “Q labs” stay ahead.

But he said the service would always uphold UK laws around privacy and data.

Mr Moore also revealed the significance of the green ink used by those in his role – which came from a tradition started by Sir Mansfield Smith-Cumming, the first head of MI6, or “C”.

He said the green ink means those working in the service know any directive has been signed by him. “The same is true of my typescript on my computer,” he added.