Rescuers in Indonesia are searching for survivors in villages buried by hot ash, after Mt Semeru on Java island erupted on Saturday.

Fourteen people are known to have died and dozens were injured, emergency authorities said.

One volunteer in the nearby district of Lumajang filmed police and military officials working to dig out bodies with their bare hands.

Houses were buried to their rooftops and vehicles wholly submerged.

At least 11 villages in Lumajang, in East Java, were coated in volcanic ash. At least 56 people have been injured, with many suffering burns after they mistook the hot mud flow for flooding.

“There were 10 people carried away by the mud flow,” said Salim, who lives in the village of Kampung Renteng.

“One of them was almost saved. He was told to run away but said ‘I can’t, who will feed my cows?'”

One man searching for survivors said 10 people were missing in his village. Another described what happened.

“Locals here thought it was just usual floods. We did not know it was hot mud. All of sudden, the sky turned dark as rains and hot smoke came. Thankfully, it was raining so we could breathe,” he told AFP. 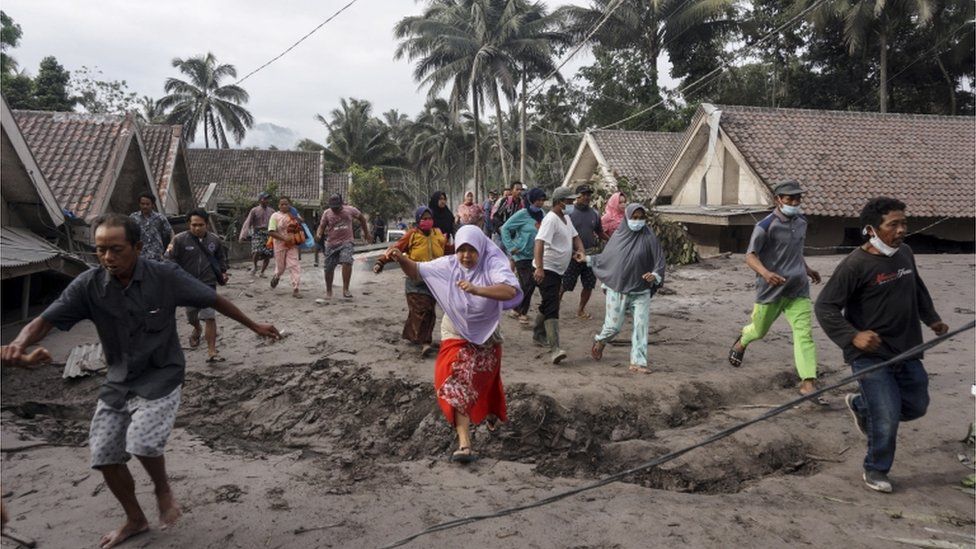 A spokesperson for Indonesia’s disaster mitigation agency (BNPB) said the injured were being treated at various hospitals and medical facilities.

Some 1,300 people have been evacuated from the area so far, the agency said, and 10 sand mine workers who were trapped in buildings have been saved. Rescue shelters have been equipped with food, face masks, tarpaulins and body bags.

The evacuation has been hampered by choking smoke, a power blackout, and rainstorms during the eruption which turned the debris into mud. An important bridge from the area to the nearby city of Malang was also severed during the eruption. 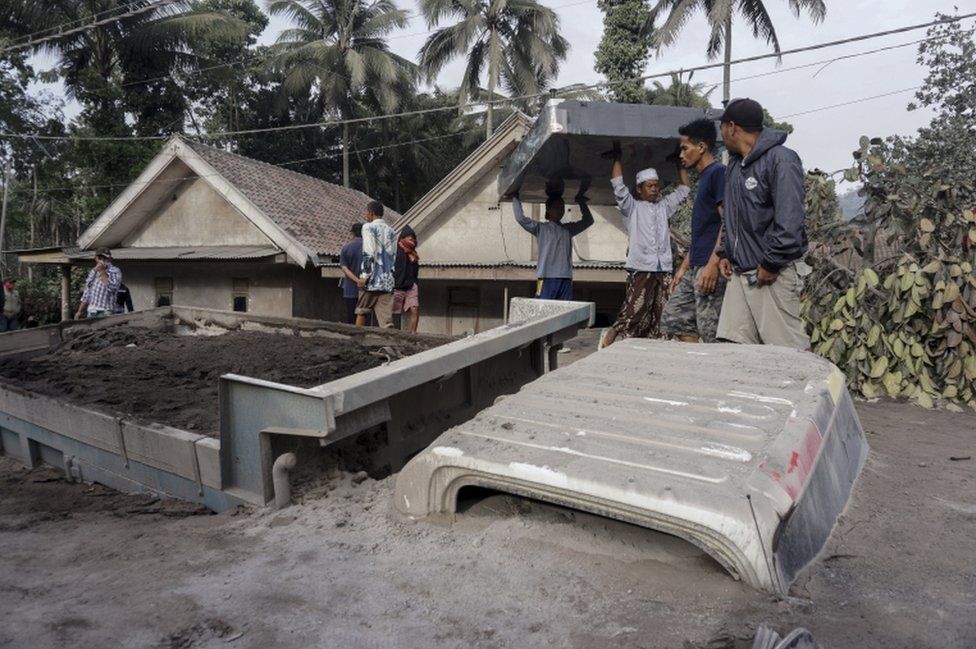 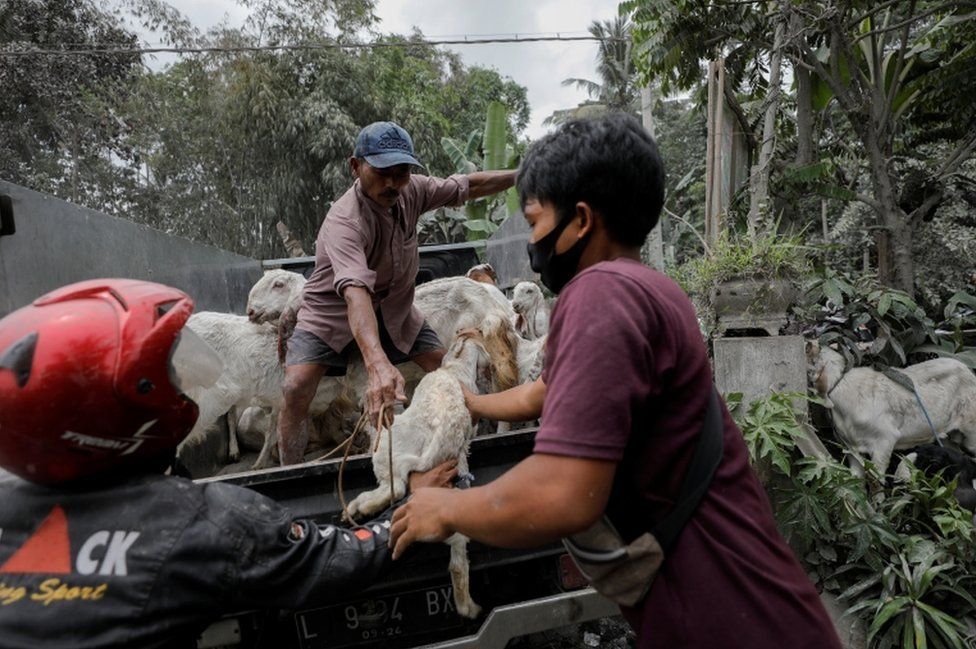 The head of Indonesia’s geological agency said heavy rain falling on the lip of Mt Semeru’s crater caused it to partially collapse, triggering the eruption. There had been no increase in seismicity to suggest any change in magma flow, he said.

The Volcanic Ash Advisory Centre (VAAC) in Darwin, Australia said the ash cloud from the eruption appeared to have dissipated. The VAAC provides advice to the aviation industry about the location and movement of potentially hazardous volcanic ash.

Ash that solidifies on cooler parts of plane engines can disrupt airflow, which can lead to engines stalling or failing completely. It also affects visibility for the pilots and can affect air quality in the cabin – making oxygen masks a necessity.

Mt Semeru is in a near permanent state of eruption and regularly spews ash up to about 4,300m, so Saturday’s eruption was a “pretty significant increase in intensity”, Campbell Biggs, a meteorologist at the VAAC, told the BBC.

Mt Semeru rises 3,676m above sea level and is among Indonesia’s almost 130 active volcanoes. The last time it erupted was in December 2020, forcing thousands of residents to take shelter.

Videos shared by emergency officials and local media showed residents running away as a giant ash cloud rose behind them.