With much preparations ahead of the season’s opener, Simba wrote a big statement on Wednesday thrashing Geita Gold at home.

Ghanaian International Augustine Okrah scored in the first half before two second half goals sealed the emphatic victory. Okrah scored from a free kick distance away from the box after Geita Gold goal-keeper failed to deal with the carpet strike.

Dominant Simba SC went 2-0 up midway after Phiri Moses tapped in cooly after a sweet build-up on the left edge of the box. It took the Zambian International only a touch to score his first goal of the season after most work has been done on the far left flank.

There was huge evidence that Simba will register the third goal having pressured their opponents within the period.

Chama finally sealed the 3-0 victory converting from the spot. 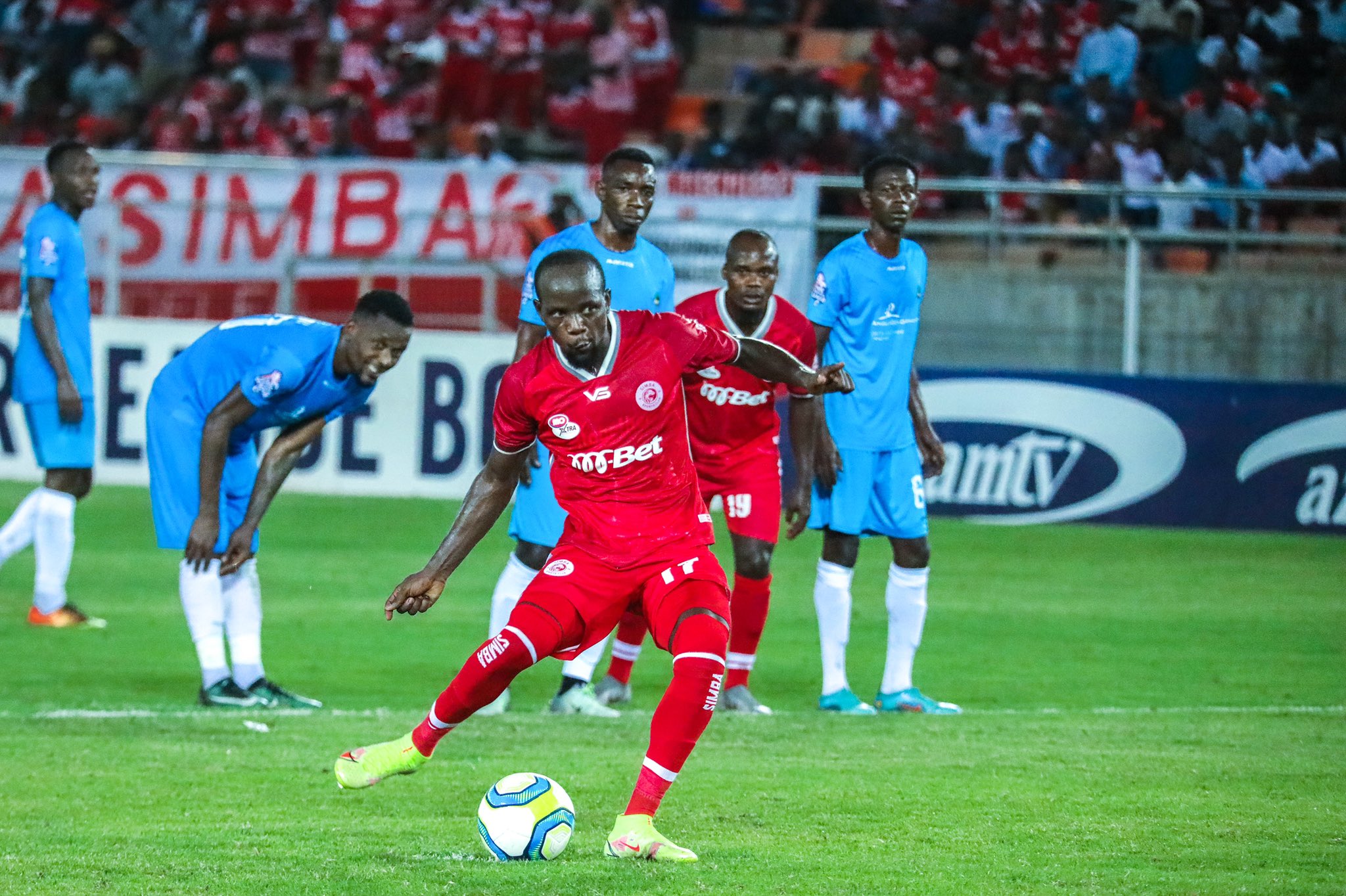