Nantes manager Antoine Kombouare has praised Mostafa Mohamed after scoring his first goal for the club on Sunday.

The Yellow House recorded their first win of the season after triumphing 3-1 over newly-promoted Toulouse in the fourth round in Ligue 1.

Despite going into the break a goal behind, second-half strikes from Evann Guessand, Mostafa Mohamed, and Moses Simon turned the game around for Nantes and secured all three points.

Having scored his side’s second while assisting the winner, Mohamed’s performance has earned praise from his manager who is expecting more from the Egyptian.

“Our attackers haven’t scored for a long time, so it’s good that they [Evann Guessand Mostafa Mohamed] scored for the first time today, this will give them confidence,” Kombouare said after the game.

“Mostafa gave us a lot of solutions with his movement. He is skilled in front of goal and has great headers and great timing, and we should be putting in more crosses for him. 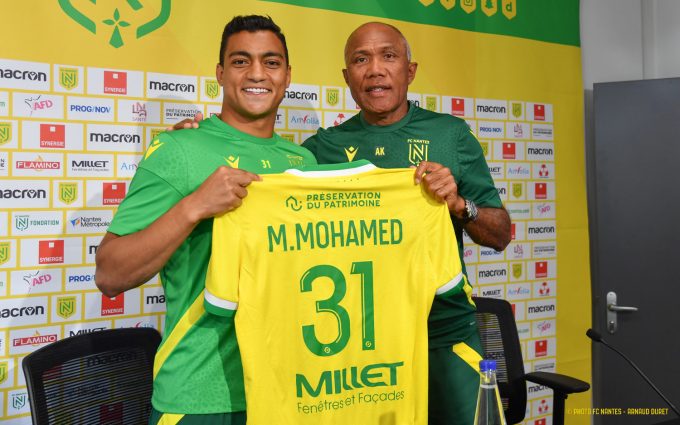 “He is an ambitious player and today, he opened his scoring account,” he added.

Mohamed had joined Nantes on a season-long loan from Galatasaray after enduring a difficult second season in Turkey.

The 24-year-old’s cameo on Sunday marked his fifth appearance in all competitions so far this season, however, he has only started once in their 1-1 draw against Lille two weeks ago.