Brazil will host Ghana in International friendly Friday 23rd September, 2022 at Stade Océane in France. The game is used as strong preparations for both teams ahead of the 2022 FIFA World Cup in Qatar.

The South American giants as well as the African side head into World Cup finals with high recognition on the international scene. Brazil is the most decorated nation in the FIFA World Cup with 5 titles while Ghana hold one of the best African records at the tournament becoming the first ever African country to reach round of 16 in their maiden appearance at the FIFA World Cup in 2006.

Ghana has been placed in Group H along with Portugal, Uruguay and South Korea in Qatar 2022 while Brazil are in Group G facing Serbia, Switzerland and African side Cameroon in the group stage phase.

Ahead of Qatar’s tournament in November, both Brazil and Ghana have seen it necessary to test themselves amid Cameroon and Uruguay oppositions respectively. After Ghana’s clash on Friday, Brazil will play another African side Tunisia on Tuesday 27th September.

Brazil comes into Ghana’s friendly as the favourite side due to their galaxy of stars and general records against the Black Stars.

Counting on their records, Ghana and Brazil have met four times with the Black Stars seeing the darkest side of results in all meetings. Brazil have won all four games with the Seleção thrashing Ghana 8-2 in the first ever meeting in Pre – Summer Olympic Games international friendly match in 1996 in Sao Paulo, Brazil.

After a decade, Ghana faced Brazil in high a morale game but the Black Stars were defeated 3-0 in round 16 of Germany 2006 FIFA World Cup.

Prior to the knockout clash, Ghana had held Italy in a tight Group E open-day defeat, thanks to Andrea Pirlo and Vincenzo Iaquinta goals that sealed Azzurri’s 2-0 win over the Black Stars in Germany.

Ghana then beat highly ranked Czech Republic and the USA in the last two group games before heading into the knockout phase with a last-16 tie against Brazil. Many Ghanaian football fans thought the Black Star will claim a revenge from the 90 loss but Ghana were humiliated by star-studded Brazil squad led by Ronaldinho and Ronaldo Nazário. 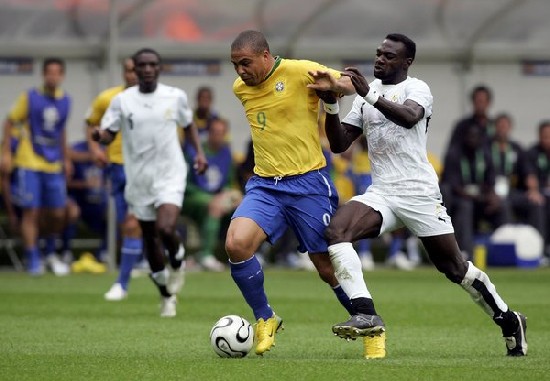 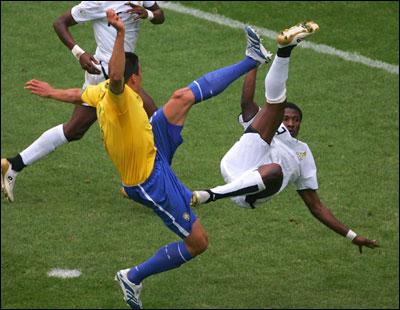 Ronaldo opened the scores after just 5′ minutes into the game before Adriano and Zé Roberto completed a 3-0 score line as Brazil run riot over Ghana for a second time. In 2007, Vágner Love’s lone goal hand Brazil their third victory over Ghana though the Black Stars closely contested Brazil at Raasunda Stadion – Solna in Sweden. 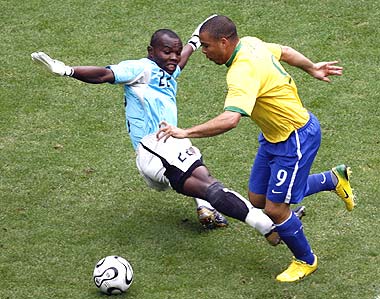 With Brazil scoring a total of 13 goals, Ghana have managed to score only 2 goals against the Seleção. Two players Lúcio and Ronaldinho have been the most capped Brazilian players in this tie making three appearance each- 2006, 2007 and 2011.

Ghana’s Richard Kingston is the most capped player of this tough clash having featured in all four games in 1996, 2006, 2007 and 2011. Richard Kingston was being rushed unconscious to hospital in the 1996 game, where he was detained overnight, when his team conceded the second goal against their Brazilian counterparts.

By the time he came, the final score line was a staggering 8-2 rout at the Teixeirao Stadium in Sao Jose do Rio Preto.

Ahead of the current upcoming game in France, Brazil have named a strong 26-man squad to face Otto Addo’s men. The likes of Neymar, Casemiro, Firmino, Vinicius Jr, Fabinho, Fred and Antony have all been called-up. Brazil have almost all the top European clubs, Barcelona, Manchester United, Liverpool, Real Madrid, Chelsea, Manchester City and Paris Saint-Germain on their latest shortlist.

PSG forward Neymar leads Brazil squad for the game with the likes of Tottenham’s Richarlison, Real Madrid duo Vinicius Jr and Rodrygo expected to provide support up front against Ghana’s solid backline. Neymar and Vini Jr are expected to start while Rodrygo’s chances for a starting place remain a huge doubt.

With these names and the addition of Manchester United’s Antony, Barcelona’s Raphinha and Liverpool’s Firmino, Brazil look more dangerous in attack with more quality options than Ghana. But there has been an upgrade in Black Stars attack following the call-up of new breed of attacking players.

Ghana would have already threatened Brazil with their traditional attackers Andre Ayew, Kudus Mohammed and Jordan, and have further strengthened the attacking lines with Ransford-Yeboah Königsdörffer, Athletico Bilbao’s forward Inaki Williams and Bristol City’s Antoine Selorm Semenyo who all have received their debut Black Stars call-up prior to the 2022 FIFA World Cup in Qatar.

With Brazil stronger than Ghana in attack, the South American side are matched in midfield. Man United’s Casemiro and West Ham’s Lucas Paquetá are expected to start in center of the pitch with substitution options from Fred and Liverpool destroyer Fabinho where the Brazilians face stiffer opposition from Arsenal man Thomas Partey, Freiburg’s Daniel-Kofi Kyereh, Iddrisu Baba Mohammed of Real Mallorca and Ajax sensation Mohammed Kudus. 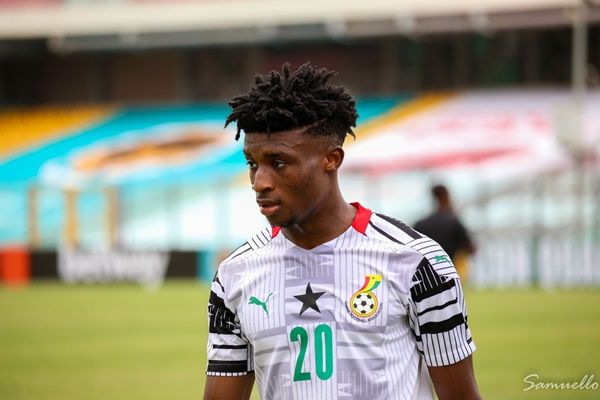 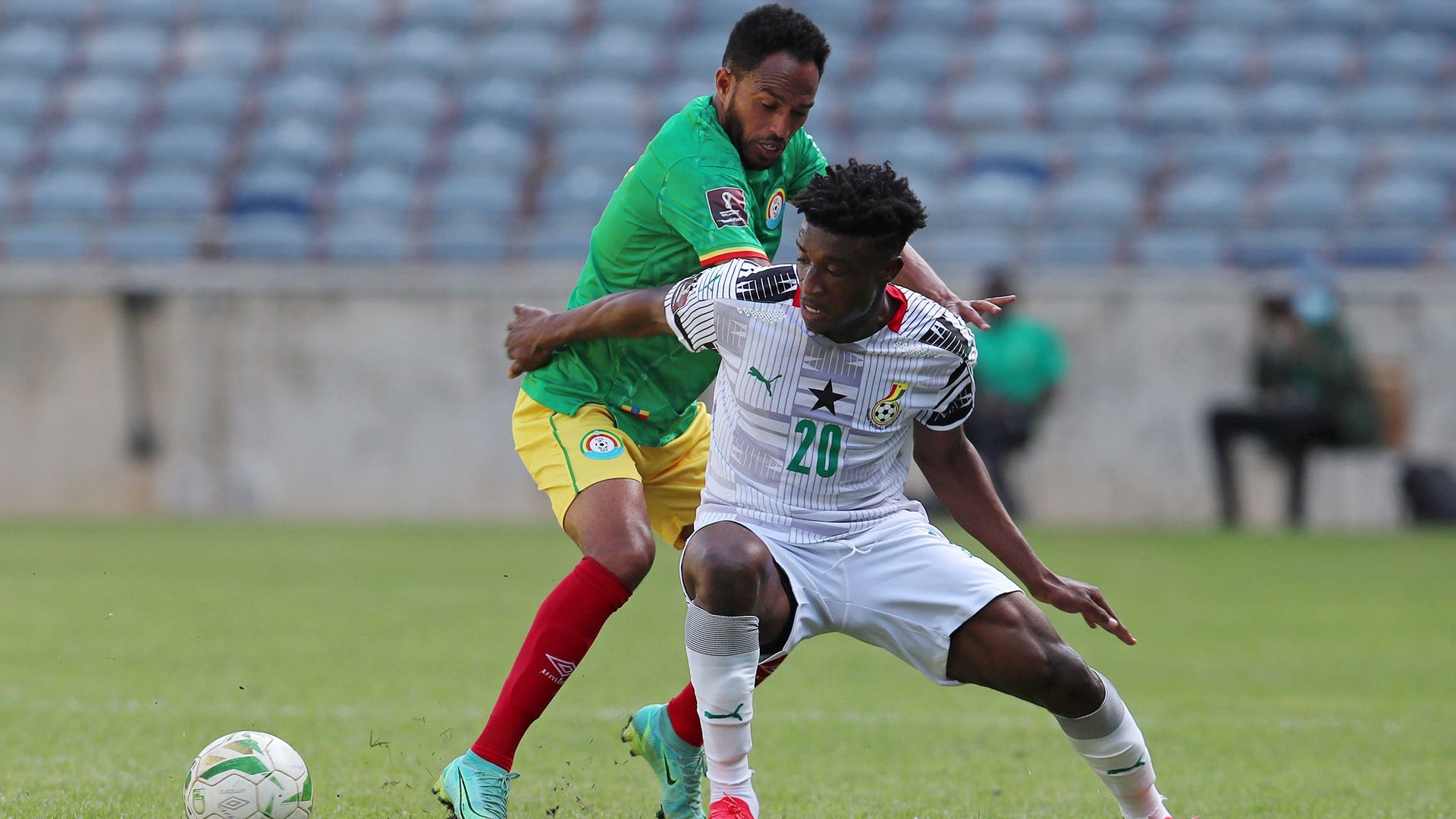 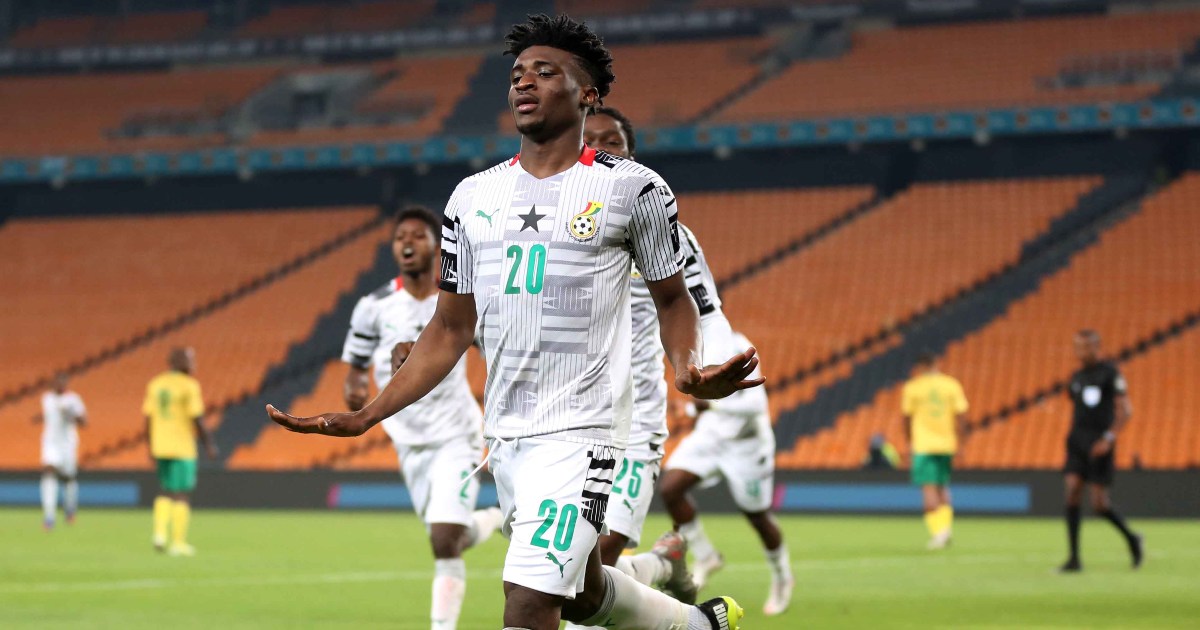 Of combined Brazil-Ghana midfielders, no one has scored more goals than Mohammed Kudus with the 22-year old netting 6 times in 9 appearances in the Champions League and Eredivisie so far though the Ghanaian International has usually been deployed at the false 9. Kudus undoubtedly head into Friday’s game as Ghana’s danger man just as Neymar who has struck 8 times/7 assists in 8 league games for PSG leads Brazil. 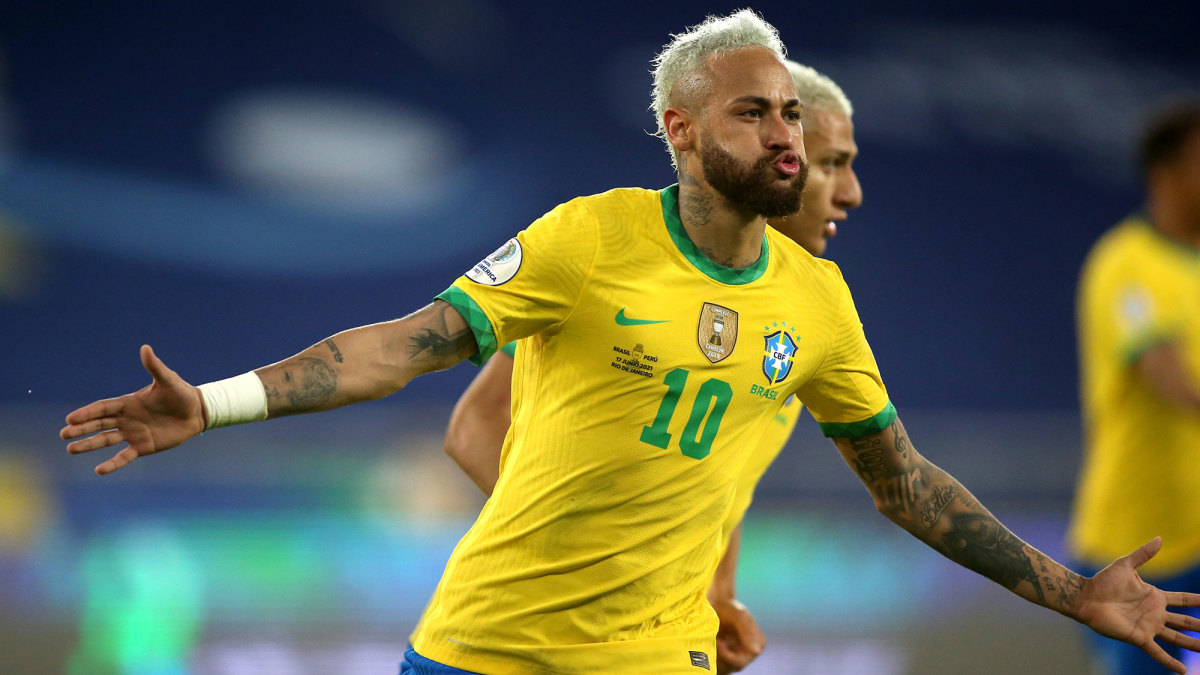 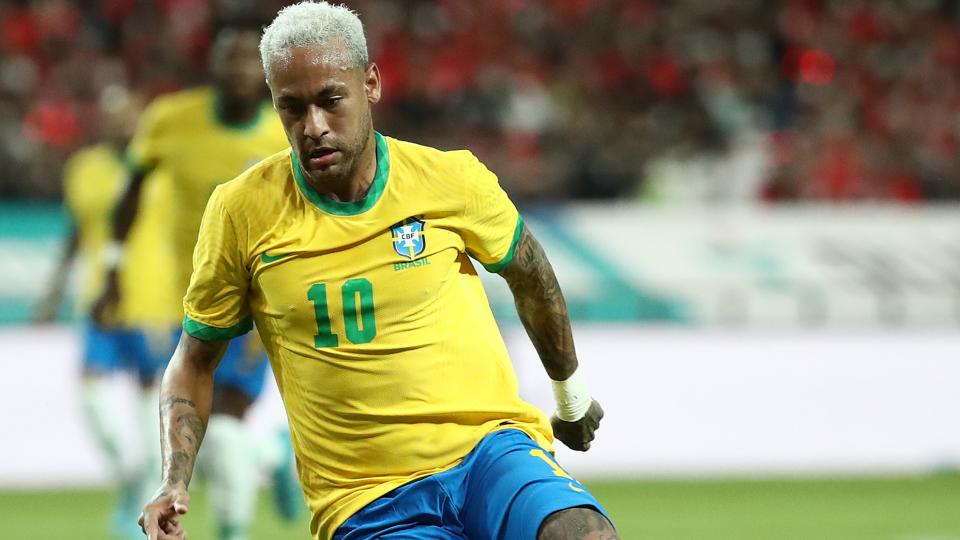 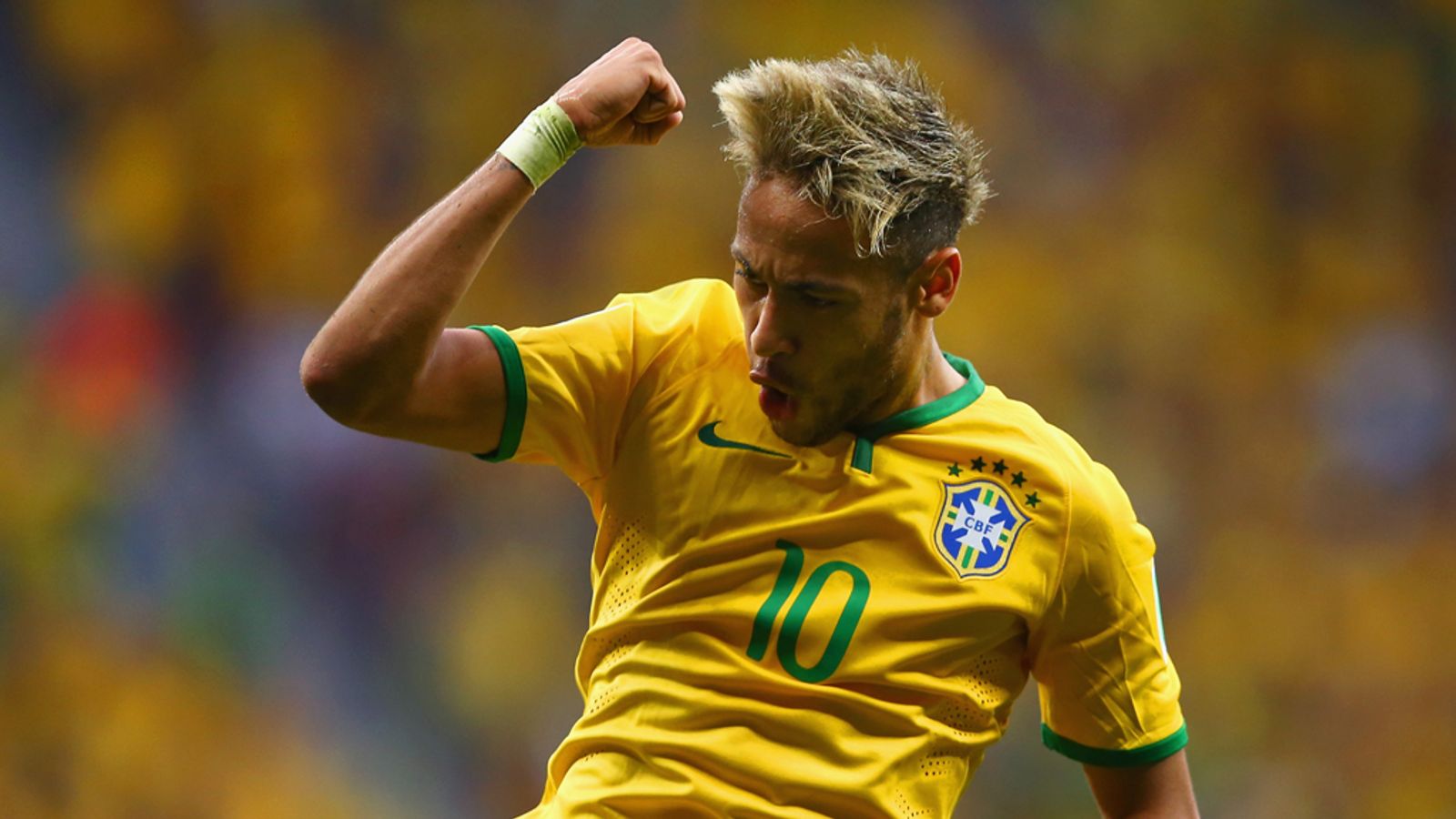 Neymar will continued his chase for Brazil all-time top scorer award trailing Pele by 3 goals with the PSG attacker netting 74 goals in 119 matches for Brazil since scoring on his debut game against the United States on 10 August 2010.

He surpassed Ronaldo’s total of 62 goals with a hat-trick in a 2022 FIFA World Cup qualification match against Peru in October 2020. 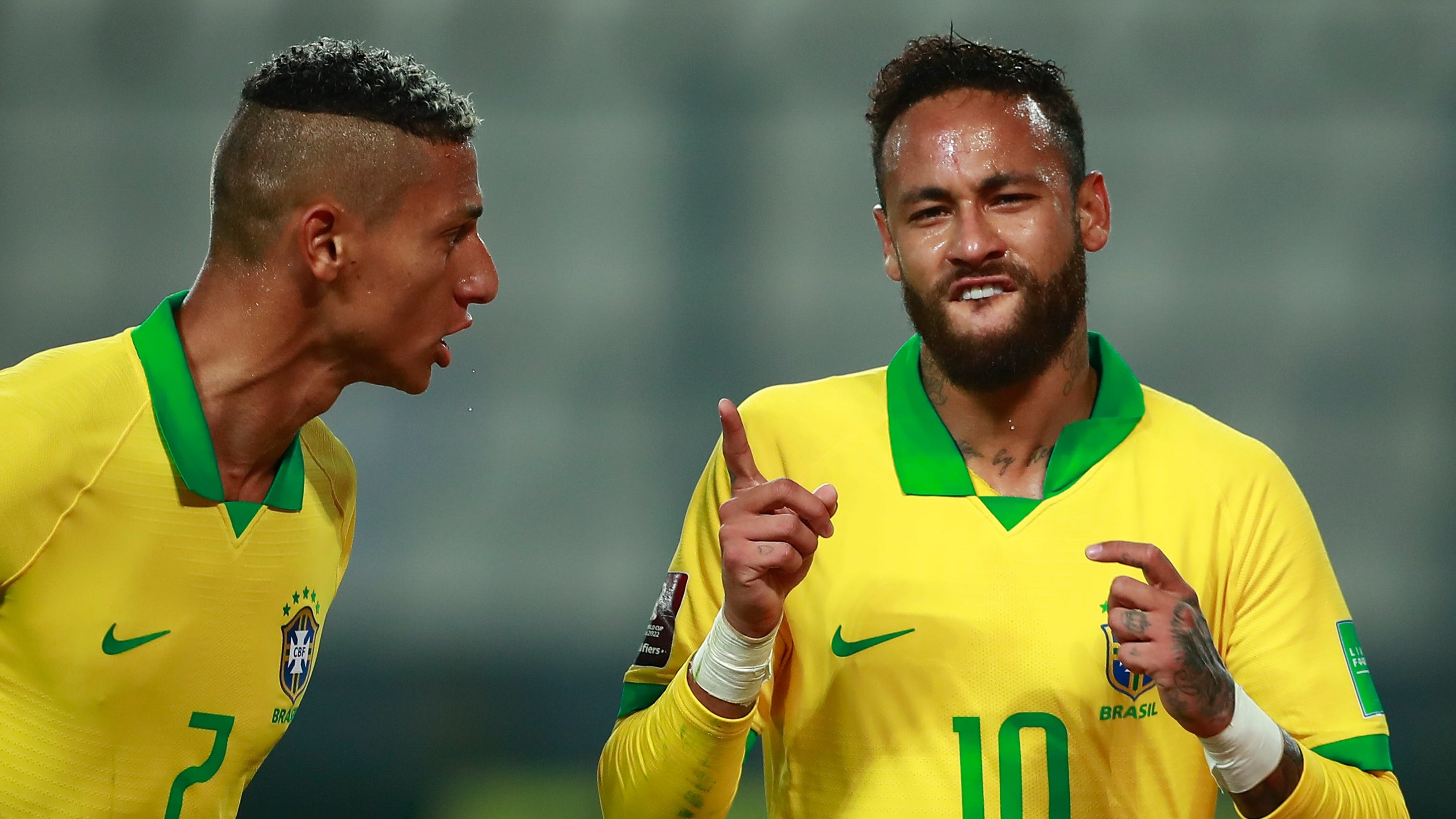 Casemiro who has been dropped at Man United would have to be at work like his Real Madrid days to overcome Thomas Partey who arguable has been one of the standout performers for Arsenal this season. Partey is advanced at Black Stars than club side, a potential source of goal for Ghana in Friday’s game than Casemiro for Brazil. But both players are surrounded by different set of players and could be used at different positions in the game.

For the backline, Brazil appears to be riding on both experience and form with the presence of Chelsea’s Thiago Silva, PSG Marquinhos and Real Madrid Eder Militao while Ghana; Tariq Lamptey, Mohammed Salisu, Daniel Amartey and Alexander Djiku face the Selecao with hungry-for-success passion.

On Monday, Brazil opened camp for Ghana clash at Stade Océane as all 26 players arrived in France to begin preparations for the game on Friday. Brazil are three days into their preparations with no injury concern as it stands now. This means Tite has a full house to make his first eleven. Tite has been implementing several tactics in training sessions ahead of game but the Brazil boss is more likely to begin the game with a 4-3-3 system on Friday evening.

Ghana also opened camp with initial 24-players in France on Monday. Stars that missed at first wave of reporting were Southampton defender Mohammed Salisu and Tariq Lamptey but the EPL duo joined their teammates on Tuesday.

Ghana have a full house ahead of Friday’s game as boss Otto Addo handed big selection problem. Tite has been relief of this problem having been at his post for a longer time and dealt with the numbers (first XI) out of the numbers (players called) on many occasions.

Futball Surgery Sports wanted to give you a high-quality match highlights on our YouTube channel but we are having problems at the moment that we hope to resolve sooner.