Egyptian giants Al Ahly have found out their opponents in the 2022 IHF Super Globe set to take place in Saudi Arabia.

The tournament will be held from 18 to 23 October 2022 in Dammam, Saudi Arabia under the aegis of the International Handball Federation (IHF).

And they found themselves placed in a tough group B alongside EHF European League winners SL Benfica and hosts Mudhar.

Only the winner of the group will reach the semi-finals, while the runner-ups will take part in the 5-8th playoffs, and the bottom team in the 9-12th playoffs.

Al Ahly had once managed to finish as runner-ups in the World championship back in 2007, before finishing fifth in 2015. 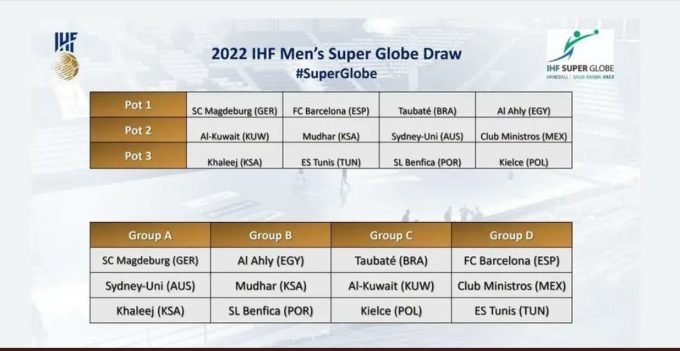