Incumbent Democrat Mark Kelly defeated Republican Blake Masters on Friday to win a U.S. Senate seat in Arizona, a contest that left Democrats one seat short in the battle for control of the chamber with two more races to be decided.

The win by Kelly, a former astronaut whose wife, Gabby Giffords, survived an assassination attempt when she was a U.S. lawmaker, meant Democrats had battled to a 49-49 tie in the race for the Senate.

“I’m humbled by the trust our state has placed in me to continue this work,” Kelly said on Twitter.

Control of the Senate – and the shape of President Joe Biden’s next two years in office – will now hinge on contests in Nevada and Georgia. Biden’s party avoided historical trends by limiting their losses in Tuesday’s midterm elections, shocking Republicans who had expected big gains.

In Nevada, incumbent Democratic Senator Catherine Cortez Masto had closed to within about 800 votes of the Republican state attorney general, Adam Laxalt. Georgia’s outcome is weeks away as Democratic incumbent Senator Raphael Warnock will face Republican Herschel Walker in a Dec. 6 runoff.

“Whether you voted for me or Sheriff Lombardo, it is important that we now come together to continue moving the state forward,” Sisolak said in a statement posted on Twitter. “That is why I reached out to the sheriff to wish him success.”

Political analysts anticipate a rush of campaign funds into Georgia as Republicans and Democrats gear up for the final battle of the 2022 midterm elections.

In Arizona, law enforcement officials remained on high alert for potential protests, with barricades and security fencing erected around the Maricopa County elections department, where dozens of officials are working 18-hour days to verify outstanding ballots and tabulate votes.

Kari Lake, the Republican candidate for Arizona governor, has criticized election officials in Maricopa County, the state’s most populous, as “incompetent” and “despicable,” accusing them of deliberately delaying the vote counting.

Bill Gates, chairperson of the Maricopa County Board of Supervisors and a Republican, bristled at Lake’s comments. “Everybody needs to calm down a little bit and turn down the rhetoric. That’s the problem with what’s going on with our country right now,” he told reporters.

In the fight for control of the House of Representatives, Republicans were inching closer to becoming the majority and ending four years of rule by Democrats. That would give Republicans veto power over Democrat Biden’s legislative agenda and allow them to launch potentially damaging investigations into his administration. 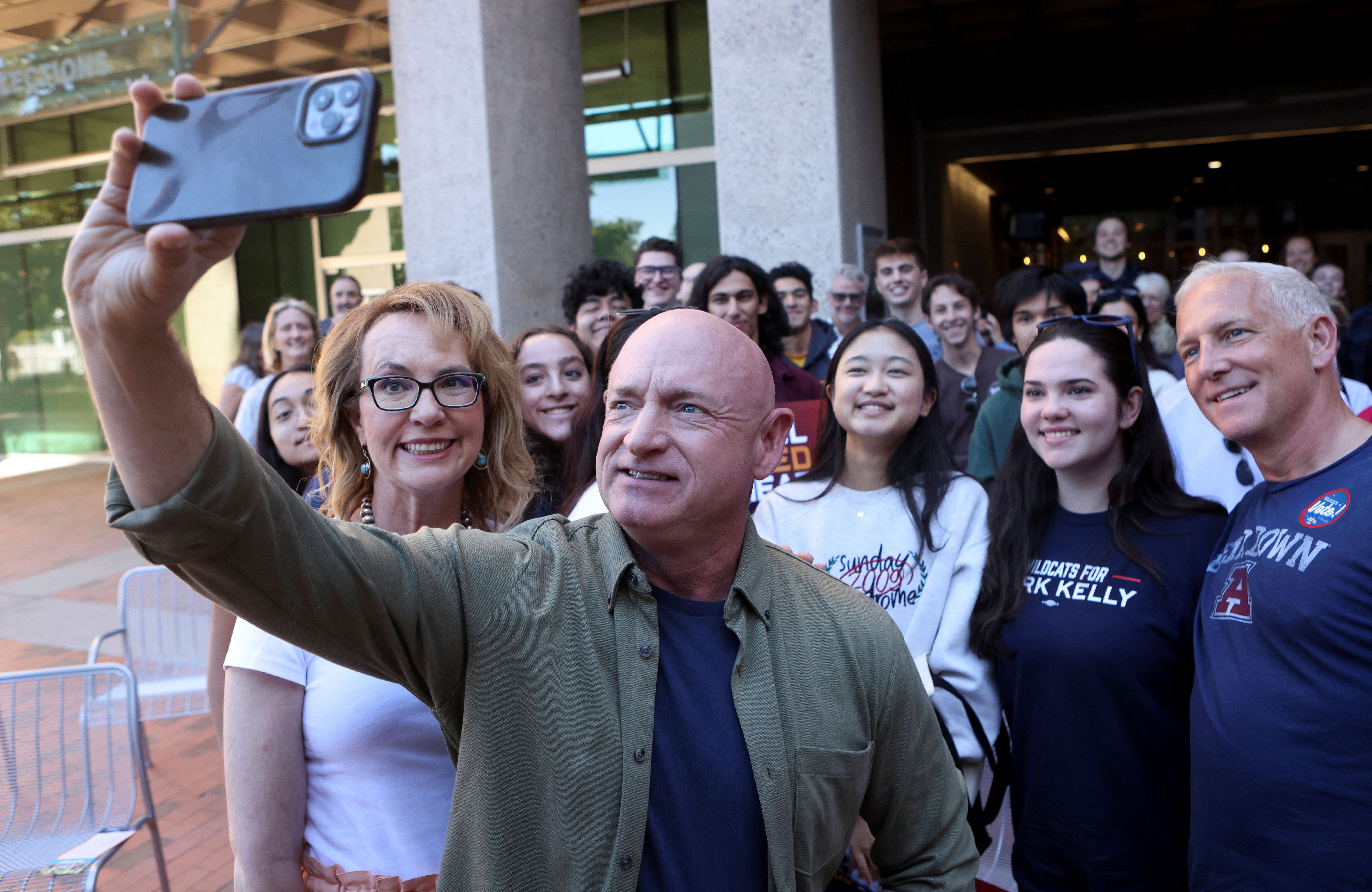 Republicans had secured at least 211 of the 218 House seats they need for a majority, Edison Research projected late on Thursday, while Democrats had won 199. Many of the races where winners have not yet been determined are in Arizona, California and Washington state.

Despite the real possibility that they may lose the House, Democrats have still cheered their success in curbing their predicted losses after they galvanized voters angry over the Supreme Court’s decision in June to overturn the constitutional right to an abortion.

The Republican House leader, Kevin McCarthy, has already announced his intention to run for speaker if Republicans take over, an outcome he has described as inevitable.

It is unclear whether a challenger to McCarthy will emerge, but some of the most conservative House Republicans have expressed doubts that he has enough votes yet to become speaker, the most powerful official in the House.

Meanwhile, Republican infighting in the Senate broke into the open on Friday as senators urged the postponement of a Wednesday leadership election so that they have time to discuss why the party did not fare better on Tuesday.

Mitch McConnell is hoping to continue as Republican leader, despite sniping from former President Donald Trump and other conservatives.

(Live election results from around the country are here)

Officials overseeing vote counting in the Arizona and Nevada Senate races, where Democratic incumbents are trying to fend off Republican challengers, have said it could take until next week to tally some 520,000 uncounted mail-in ballots. Most of those were in Maricopa County, which encompasses Phoenix.

Their work is slowed by the need to match signatures on mail-in ballots to voter registration signatures after high numbers of such votes were dropped off on Election Day.

Some of Trump’s most high-profile endorsed candidates lost pivotal races on Tuesday, marring his status as Republican kingmaker and leading several Republicans to blame his divisive brand for the party’s disappointing performance.

The outcome may increase the chances that Florida Governor Ron DeSantis, who routed his Democratic challenger on Tuesday, opts to challenge Trump for the 2024 presidential nomination.

While Trump has not officially launched a third White House campaign, the former president has strongly suggested he will do so and is planning a “special announcement” at his Florida club on Tuesday.