Bayern Munich defender Noussair Mazraoui could be out for up to eight weeks after tests revealed he was suffering from heart inflammation.

Mazraoui missed Morocco’s World Cup quarter-final clash against Portugal due to Covid and lasted just 45 minutes in the semi-final against France, before missing the third-place play-off against Croatia due to an apparent muscle issue. Upon returning to Bayern, tests revealed that the defender had suffered an inflamed pericardium, a protective sac that surrounds the heart and helps it to function.

The news means that Mazraoui will not fly with the squad to their training camp in Doha, as Julian Nagelsmann’s side prepare for the resumption of club football in two weeks’ time. German outlet Bild have reported that the problem could keep the Moroccan out of action for up to eight weeks, echoing the clubs similarly cautious approach to Alphonso Davies’ minor heart condition detected this time last year.

“Noussair Mazraoui was not able to fly with the Bayern team to Doha on Friday as they prepare for the second half of the season at their training camp,” the club confirmed on their website. “The 25-year-old Morocco international tested positive for Covid-19 during the World Cup in December, meaning he missed the quarter-final against Portugal.

“During a follow-up examination in Munich after the World Cup, FC Bayern team doctor Professor Dr. Roland Schmidt diagnosed a mild inflammation of the pericardium, which the defender will now cure. This means that Mazraoui will not be available to coach Julian Nagelsmann for the time being.” 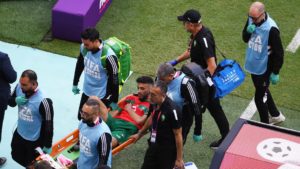 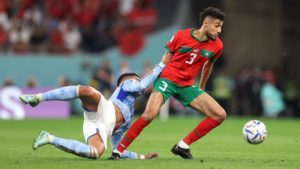 With Mazraoui joining the likes of Manuel Neuer, Sadio Mane and Lucas Hernandez on the club’s injury list, Bayern will be without a number of key players when they return to Bundesliga action against RB Leipzig on January 20.